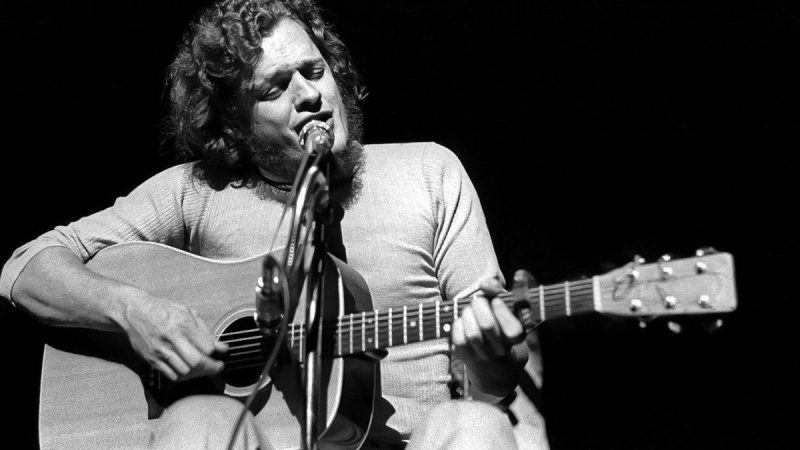 Harry Chapin was born in Brooklyn in 1942, and like many other famous musicians was introduced to music at an early age. After an unsuccessful stint in a band with his brothers and a short career in filmmaking, Harry began writing and playing his own music. He was catapulted to fame with his song “Taxi”, and his most famous song “Cats in the Cradle” reached #1 on the charts in 1974. He used his fame to promote causes like world hunger, raising over $6 million dollars over his career and leaving behind a huge legacy of giving. His life was cut short in a car accident on the Long Island Expressway in 1981.

He was not only a songwriter and musician, he was also a philanthropist whose fight against world hunger set the stage for world-famous charity work.

Harry Chapin was more than a music man, he became very involved in philanthropy, often giving concerts to anyone who could raise money for causes he supported, and he personally donated huge sums of money to local charities. He was so committed to charity that he once almost mortgaged his house to prop up a local theatre group.

After his death, his philanthropic work not only lived on, it grew. The Harry Chapin Foundation was founded to continue his legacy of supporting community education and arts education programs. Harry famously went to Washington DC to push for legislation to fight hunger, and posthumously received the Congressional Gold Medal for his work

Read the source article at theflyingalmond.wordpress.com

If you are looking for opportunities to learn and connect with others interested in the topic of Arts and Culture, take a look at these events, galas, conferences and volunteering opportunities aggregated by Giving Compass.

If you are ready to take action and invest in causes for Arts and Culture, check out these Giving Funds, Charitable Organizations and Projects related to Arts and Culture.