Heat-Resistant Corals Save The Day For Reefs In Fiji 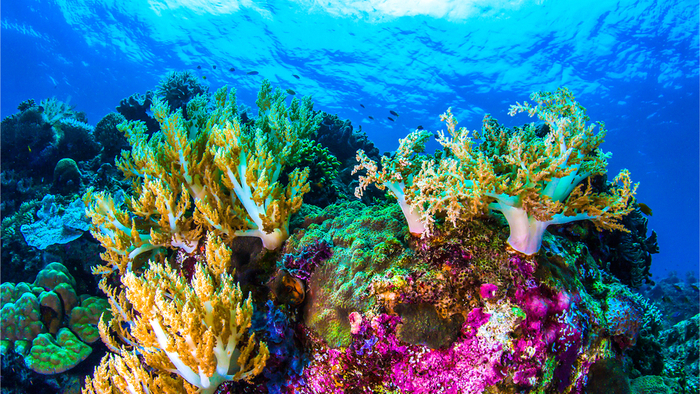 • The global climate crisis poses a severe threat to the well being of coral reefs around the world.

• Here’s another article on how climate change is impacting the coral reef.

Led by climate activist Austin Bowden-Kerby, Corals for Conservation operates off islands across the South Pacific, where the IPCC predicts that more than 99% of corals will die by 2050 if conservation efforts aren’t implemented.

“We live in a time of crisis,” Bowden-Kerby said. “The Earth certainly has a fever, clearly caused by climate change. In this ‘coal mine’ we have two canaries: the polar regions, and our coral reefs. These two ecosystems are collapsing first. Corals for Conservation’s mission is to save the paradise that is a diversely populated coral reef ecosystem.”

Corals for Conservation tackles these seemingly overwhelming odds through an unstoppable mixture of perseverance, ingenuity, and community involvement. After developing a strategy to grow heat resistant corals in meticulously maintained coral gardens, Austin helped incorporate coral conservation into the local economy and culture by training community members and members of the region’s tourism industry. Now, this innovative preservation technique has taken off, and Austin looks to future generations for both inspiration and a path forward

Read the full article about heat-resistant corals by Nicole Gieselman and Austin Bowden-Kerby at GlobalGiving.