Bussed Out: How America Moves its Homeless 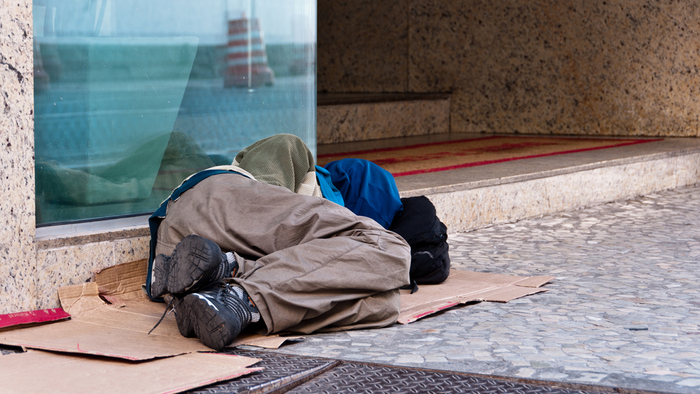 • Are relocation programs really a viable answer to the homelessness crisis — or are they just an attempt for a quick fix? What would be a more sustainable way to help people get back on their feet?

• Learn why supportive housing is a better method of addressing homelessness.

Cities have been offering homeless people free bus tickets to relocate elsewhere for at least three decades. In recent years, homeless relocation programs have become more common, sprouting up in new cities across the country and costing the public millions of dollars.

But until now there has never been a systematic, nationwide assessment of the consequences. Where are these people being moved to? What impact are these programs having on the cities that send and the cities that receive them? And what happens to these homeless people after they reach their destination?

In an 18-month investigation, the Guardian has conducted the first detailed analysis of America’s homeless relocation programs, compiling a database of around 34,240 journeys and analyzing their effect on cities and people.

The Guardian has determined the outcomes of several dozen journeys based on interviews with homeless people who were relocated and friends and relatives who received them at their destination, and the shelter managers, police officers and outreach workers who supplied them with their one-way tickets.

Some of these journeys provide a route out of homelessness, and many recipients of free tickets said they are grateful for the opportunity for a fresh start. Returning to places they previously lived, many rediscover old support networks, finding a safe place to sleep, caring friends or family, and the stepping stones that lead, eventually, to their own home.

People are routinely sent thousands of miles away after only a cursory check by authorities to establish they have a suitable place to stay once they get there. Some said they feel pressured into taking tickets, and others described ending up on the streets within weeks of their arrival.

Jeff Weinberger, co-founder of the Florida Homelessness Action Coalition, a not-for-profit that operates in a state with four bus programs, said the schemes are a “smoke-and-mirrors ruse tantamount to shifting around the deck chairs on the Titanic rather than reducing homelessness”.

Read the full article about moving America’s homeless by Alastair Gee at The Guardian.