The Relationship Between Cooking and Gender-based Violence 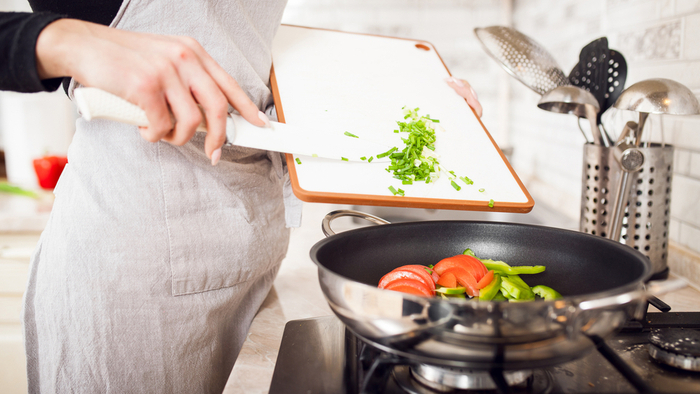 • In countries facing a humanitarian crisis, women are at higher risk of facing gender-based violence due to their role as primary meal providers.

• How are programs addressing the role of cooking as a contributing factor to an increased risk of gender-based violence?

• Read about the unsettling truths of gender-based violence as the cause and problem of migration.

Violence, armed conflict, and natural disasters have displaced more than 65 million individuals worldwide from their homes. For the individuals living in post-conflict settings, even the most basic aspects of daily living, like cooking, can be a challenge.

Women and children often bear the weight of these burdens – spending many hours collecting fuel and cooking meals over smoky fires. But time poverty and health are not the only concerns that stem from cooking with solid fuels: During the hours spent collecting firewood, displaced and refugee women also face the risk of physical and sexual attacks, dehydration, and physical injuries.

The risks of gender-based violence (GBV) are also increased in the home. Women and girls in humanitarian settings are at higher risk for experiencing violence at home by their partners, and the failure to produce cooked food due to fuel shortage can increase this risk. Together, violence experienced both in and outside the home present a significant public health challenge.

Incidences of non-partner violence during fuel collection have been widely assessed and reported in the past decade by agencies such as the UN Refugee Agency (UNHCR), the Danish Refugee Council, and Physicians for Human Rights. Now we need stronger evidence on which approaches are most effective in reducing risks associated with a lack of access to energy for cooking. The research on the impacts of cookstove and fuel interventions on the risk factors for GBV, such as food insecurity and firewood collection, is limited.

To address this lack of evidence, the Global Alliance for Clean Cookstoves is collaborating with Plan International Spain, Plan International Rwanda, Johns Hopkins University, and Eneris Environment Energy Consultants to build the evidence base for how cleaner and more efficient cookstove and fuel interventions impact risk and/or incidence of gender-based violence in humanitarian settings.

Read the full article about the role of cooking in addressing gender-based violence at United Nations Foundation.