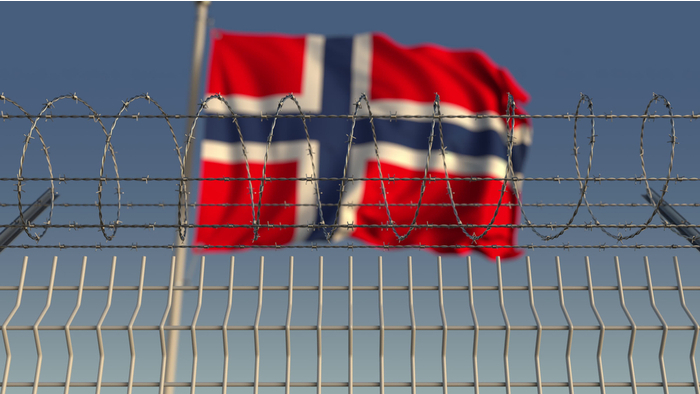 • Tobey Tooley writes of the criminal justice system in Norway and how it benefits its inmates much more so then the prisons in America.

• How can these reforms be scaled? What are the costs of failing to reduce recidivism?

I was visiting prisons in Norway, but I kept thinking about Mr. G back home.

By 2018, I’d been working in “segregation” units for more than a decade, having come to corrections after working security in a hospital, managing aggressive behavior in the E.R. At the Oregon State Penitentiary in Salem, I worked with people who had to be isolated from the rest of the population because they posed a serious management concern. Many had a mental illness. I thought there wasn’t anything I hadn’t seen.

At the time, Mr. G was probably our biggest challenge. He was in prison for assault and ‘aggravated’ harassment and he had been diagnosed with severe mental illness. He told us that he’d been a productive member of society until a psychological break in his 30s. He would smear feces all over his cell. He would hit his forehead against the wall until it opened up, and then keep aggravating the wound; for much of 2016 and 2017, the wound never closed. He would yell all day and night, until he was hoarse, all about raping people, killing people, killing the president. He didn’t have voices in his head, but he had poor impulse control: if his mind suggested he do something aggressive, he would just do it.

It boiled down to control. He was punishing the staff, because when he’d hurt himself we’d need to take him out of his cell and take him to medical. He was so restricted that this was one of his only ways of expressing frustration. If we’d come to the front of his cell when he was screaming, he would stop and apologize, and we would write if off—‘It’s just Mr. G being Mr. G’—and move on to help someone else. But then he’d start up again.

Our agency is working with Amend, an American organization that exposes correctional officers here to the way they do things in Europe. In the Fall of 2018, we traveled to a number of prisons in Norway, shadowing people with jobs similar to our own. We slept at the homes of Norwegian officers and shared meals with them.

Read the full article about criminal justice in Norway by Tobey Tooley at The Marshall Project.