How Donors Can Address the $300 Million Democracy Gap 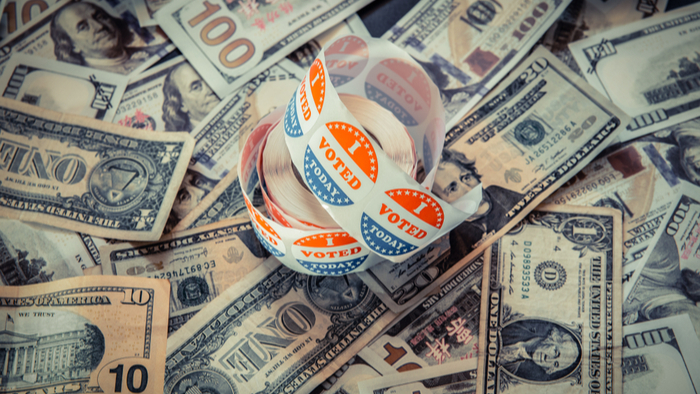 As the nation continues to battle the pandemic, unemployment, racialized policing, and voter disenfranchisement, communities of color have been devastated and disproportionately affected by all of these issues. If we’ve learned one lesson in the last several months, it’s that our fates are deeply intertwined: When one group in our society is harmed, eventually all of us are harmed.

Donors have stepped up to support relief efforts and the nationwide Black Lives Matter protests, and we should continue to consider how our dollars can make an impact on long-term progress. Strengthening our democracy is one way.

Voters and donors often don’t feel like their participation matters in elections. This is, in part, due to elections in battleground states, where the power of voters is greater. In Florida, Pennsylvania, Arizona, Michigan, Wisconsin, and North Carolina, a very small number of voters will have a disproportionate impact on our collective future.

My organization, Movement Voter Project, is an aggregator and pro-bono philanthropic advising platform which tracks more than 400 local on-the-ground democracy organizations in more than 40 states. These nonprofits are working to get out the vote in communities of color and protecting democracy through advocacy. They have the magical hybrid of trusted community organizing and issue advocacy combined with non-partisan voter engagement — and are rooted in marginalized communities. They are the best messengers to get out the vote during a pandemic.

But, they can’t do this work without support: We are aware of more than $300 million in combined budget gaps for leading organizations to have the capacity to fully execute their civic engagement plans this year. Donors can help.

As you consider your long-term strategies for systems change, it’s crucial to realize that without a functioning multi-racial democracy, it will be difficult to make progress on almost any other issues affecting our country.

Here are just a few examples of the many local organizations we recommend supporting right now, but we are also able to make recommendations based on the state or region you live in or care about:

One Arizona formed as a direct response to the growing disenfranchisement of voters and the attack on the Latino and immigrant communities. Table members represent a broad tapestry of 501(c)3s focused on voter registration, voter engagement, voter mobilization, election protection, and issue advocacy. It works collaboratively on civic engagement in statewide and municipal election cycles, which increases the effectiveness, collaboration, and evaluation of those efforts.

New Florida Majority trains grassroots citizens to be leaders, mobilize communities to vote, educate the public to share our values, and inspire Floridians to take action. It aims to center conversations and policies around marginalized communities, those who have been disengaged, or feel their participation doesn’t matter.

Houston In Action is a collaborative of 40-plus organizations from multiple sectors and constituencies united to improve civic engagement in Harris County and develop a countywide vision and strategy for civic engagement. It is running a county-wide Census program focused on the undercounted and will take on c3 voter efforts in 2020 focused on people of color and youth in Harris County.

Blueprint NC is a large State Voices affiliate that works closely with all the key grassroots groups and has registered over 200,000 voters in NC. It provides grants and technical support to many smaller community-based groups for voting as well as Census and non-partisan redistricting, and advocacy around state, county, and local election administration.

A statewide network of more than 35 organizations that share a vision of full participation and representation of people of color, youth, and single women in the state. They build power through census to break barriers to civic participation and centering issues affecting marginalized communities.