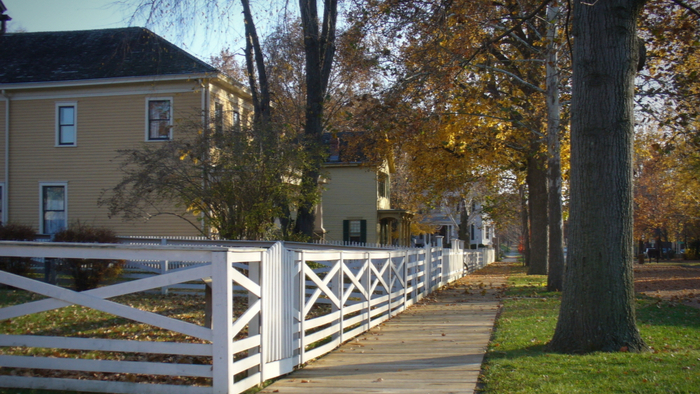 • How can you engage in local public policy to reverse these trends?

• Learn about the relationship between housing and school segregation.

Governing conducted a six-month investigation into segregation in downstate Illinois, and why and how it has persisted there. We spoke with more than 80 people, including mayors and other city officials, legislators, sociologists, attorneys, school district officials, historians, community activists, housing experts, and both black and white residents. We analyzed 50 years’ worth of U.S. Census data for economic and demographic trends, along with both state and federal school enrollment data. We also drew from hundreds of pages of court documents, information obtained through Freedom of Information Act requests, several books and dozens of academic reports.

What emerged was a picture of the way segregation continues to shape and reshape metropolitan areas in Illinois and, indeed, throughout many parts of the country. In these cities, segregation means not just a physical divide, but a huge disparity in resources. White areas of town benefit from more development, better infrastructure, and more accommodating government policies.

What’s more, we found local governments bear much of the responsibility for creating and maintaining segregated communities. Mayors and other city officials are often focused on immediate concerns, such as balancing tight budgets or attracting economic development. While those are legitimate, pressing issues, the resulting policies can often reinforce segregation. Through unspoken traditions and ingrained attitudes, as well as explicit government actions, city officials are in many ways responsible for maintaining a system that still divides whites and blacks.

When it comes to land use — what gets built where — governments use zoning restrictions to keep out rental housing, which attracts blacks and other minorities, from predominantly white areas.

Race and Ethnicity is an important topic. Other members found these Giving Funds, Charitable Organizations and Projects aggregated by Giving Compass to be relevant to individuals with a passion for Race and Ethnicity.