How One Foundation is Working to Create Systemic Change 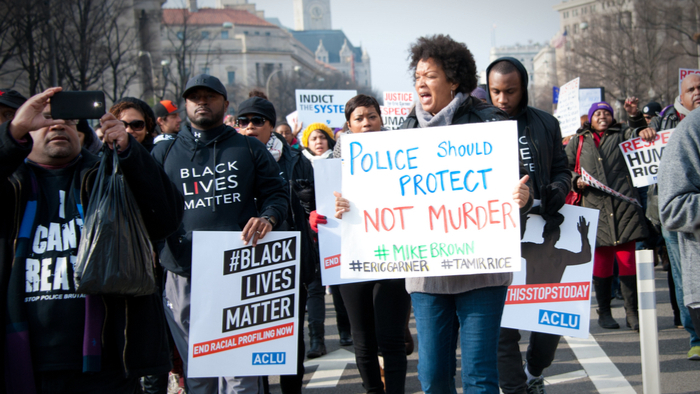 • How can other funders shift to follow this strategy? How can foundations better balance their need for due diligence with respect for nonprofits time and financial restraints?

Since winning an NCRP Impact Award in 2014, the Hill-Snowdon Foundation has been unrelenting in calling out white supremacy and anti-black racism while taking risks to invest in black-led social change work.

Even in 2015, however, the foundation knew this moment in American history — one that has seen the emergence of movements calling for just and fair elections, human rights for LGBTQ people and people of color, and economic equity — would not last forever.

So the foundation launched its Making Black Lives Matter initiative (MBLM), pushing philanthropy to look beyond the immediate moment and invest in longer-term infrastructure for black-led social change work. Grantees, funding partners, and other nonprofit groups in the community have rated that work as the most impactful they have done in recent years.

How did the foundation do it?

The Hill-Snowdon board of directors worked for almost fifteen years to understand what it really means to seek systemic solutions led by the people who are most impacted by the issues the foundation cares about. Consultants helped educate board members about the reality of systemic change, and with that information in hand the board went out and hired Nat Chioke Williams, a longtime youth and community organizer who had served as a program officer at the Edward Hazen Foundation and the New York Foundation, as the foundation’s executive director. When Williams approached the board a few years later about wanting to speak more publicly about Making Black Lives Matter, the board readily agreed. Within two months, the board went from talking about it to releasing a request for proposals in the area of black-led organizing and leadership development.

Read the full article about the Hill-Snowdon Foundation by Jeanné L.L. Isler at Philanthropy News Digest.