How Social Entrepreneurs of Color Are Building Equitable Futures 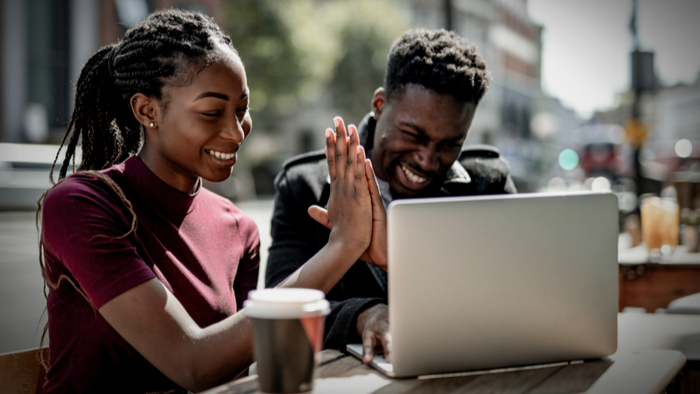 Cheryl Dorsey has served as president of Echoing Green since 2002, after having received an Echoing Green Fellowship a decade earlier to help launch the Family Van, a community-based mobile health unit in Boston. In the interim, she served as a White House fellow and special assistant to the U.S. secretary of labor (1997-98) and as special assistant to the director of the Women’s Bureau of the U.S. Labor Department (1998-99). More recently, she served as vice chair for the President’s Commission on White House Fellowships (2009-17) and currently sits on the boards of the Bridgespan Group, the Skoll Foundation, Oak Street Health, and Northeast Bank.

In 2012, Echoing Green partnered with the Open Society Foundations — which created and later spun off the Campaign for Black Male Achievement — to launch the Black Male Achievement Fellowship, a first-of-its-kind social entrepreneurship program designed to identify and support top emerging and innovative leaders dedicated to improving the life outcomes for Black men and boys in the United States.

PND asked Dorsey about efforts to address the disproportionate impact of COVID-19 on communities of color, changes in philanthropic practice to advance racial equity, and Echoing Green’s ongoing work to create a support network for social entrepreneurs of color working to create a more just, sustainable, and equitable future for all.

Philanthropy News Digest: As a nonprofit leader with a medical degree, a master’s in public policy, and experience working in government and as an entrepreneur who launched a community-based mobile health unit, how do you view the ongoing public health response to the COVID-19 pandemic? Are there actions that should be taken to protect all communities that are being overlooked?

Cheryl Dorsey: Earlier this summer, as vaccines became increasingly accessible, there was a sense of relief — and this dangerous rhetoric that the pandemic was over. And yet, we know that the reality is that the world was opening back up inequitably, with the consequences continuing to hit low-income communities of color the hardest.

Only around 50 percent of the country is fully vaccinated and the threat of the Delta variant is real. There needs to be more accountability and transparency in the vaccine distribution process, and we also need to make sure that we’re doing the culturally responsive work and outreach to translate vaccines into vaccination for the general public — and especially for communities of color who are disproportionately harmed by COVID-19. Echoing Green Fellow Sissy Trinh has been supporting low-income Asian American communities in Los Angeles to surmount language, tech, and other barriers to receiving vaccines.

Read the full article about social entrepreneurs of color from PhilanTopic.

Learning with others and benchmarking are key steps towards becoming an impact giver. If you are interested in giving with impact for Economic Opportunity, take a look at these events, galas, conferences and volunteering opportunities to connect with individuals like you.

If you are looking for opportunities to take action and give money to Economic Opportunity, here are some Giving Funds, Charitable Organizations and Projects aggregated by Giving Compass where you can take immediate action.