Seeding the Future: How to Invest in Effective Agroecological Practices 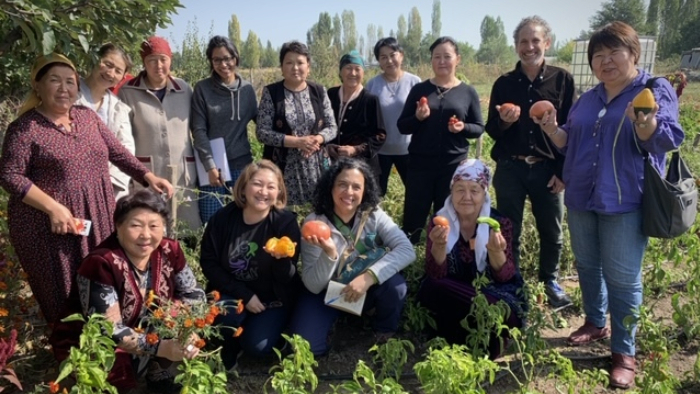 In a small plot of land in the province of Chuy in Kyrgyzstan, a group of women farmers harvest a bounty of produce: beans, beets, bell peppers, chiles, squash, tomatoes, and more. Ears of corn are piled high in a greenhouse, and a border of marigold flowers keeps pests away. This is not a typical kitchen garden, though. It’s one of dozens of seed plots managed by the Dyikan Muras (“Farmers’ Heritage) Seed Savers Network.

In Chuy and other Kyrgyz provinces, this particular organization grows vegetables agroecologically using locally adapted heirloom seeds, many of which have not been sown in these regions for decades. In just the past few years, Dyikan Muras has collected and revived around 60 seed varieties.

Dyikan Muras is one of 293 organizations around the world that is supported by the Agroecology Fund, a multi-donor fund that was established in 2012 to amplify agroecological practices and policies. With the guidance of international advisors deeply embedded in agroecology movements across the globe, the fund supports some of the most effective farmer organizations, advocates, and researchers in the field of agroecology.

Evidence has accumulated from all over the world that the industrial food system, dependent on high levels of pesticide, irrigated water and synthetic fertilizer use, is a key driver of biodiversity loss and environmental degradation around the world, while often producing a flood of low quality food and leaving family farmers poorer. This has been well documented in the International Assessment of Agricultural Knowledge, Science and Technology for Development in 2010, and many other studies since.

In addition, climate change is leaving farmers and consumers vulnerable – crops are failing and biodiversity is shrinking – making agricultural innovation more critical than ever. In reality, the agroecological approach of the Dyikan Muras women reverses climate change – by building soils that sequester carbon rather than destroying it with chemical inputs – as it adapts to its vagaries through constant experimentation.

Through their work, the all-women Dyikan Muras network aims to improve household food security and nutrition, help boost incomes for the country’s 400,000 smallholder farmers, and revive the agrobiodiversity of Kyrgyzstan.

It is widely acknowledged that women the world over are overwhelmingly affected by the current industrial agricultural system. They suffer most from food insecurity and malnutrition, and are hit hardest by climate change. Still, as the FAO reports, many agroecological innovations are led by women. Women’s networks such as Dyikan Muras help move the needle towards gender equity, by encouraging sustainable, low-input farming, seed sovereignty and economic independence. 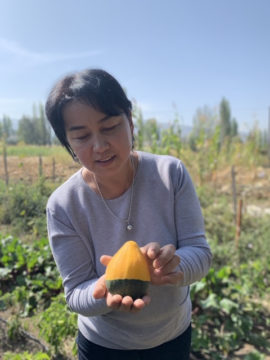 Their innovations are plain to see. To sell the seeds, Dyikan Muras is piloting a home-grown certification to assure consumers of the reliability of their product. Their method is based on the Participatory Guarantee System, which is much less costly and onerous to the producer and well received by the consumer. The women run rigorous seed trials in various climatic zones around the country to assess the quality and adaptability of their seeds, and are currently collaborating with a local university to study the seeds’ climate-resilient and pest-tolerant traits. With the help of the country’s Ministry of Education, they now distribute their local seeds to school gardens; their vegetables form the basis of a new school meal program.

Dyikan Muras is also advocating for an amendment to Kyrgyzstan’s current Seed Law, to legitimize a farmers’ seed system and community seed banks. This would empower small family farms to be active participants in the seed production process, rather than dependent on expensive, imported  hybrid seeds. (That farmers’ seeds help conserve genetic resources, agrobiodiversity, and farmers’ rights has long been recognized by the International Treaty on Plant Genetic Resources for Food and Agriculture and the UN Peasant Rights declaration, among others).

The Dyikan Muras network has achieved all this with modest support; increased funding would only expand its reach. Although recent FAO symposia on agroecology acknowledged that advancing agroecology is crucial to mitigating climate change, malnutrition, and an increasingly unsustainable global food system, funding for agroecology remains limited. Public and private funding sources still tend to support research and practices featuring high volumes of chemical inputs and large measures of Western knowledge, rather than building on the rich biological and cultural diversity that already exists.

By supporting diverse food and farming systems and the social movements behind them,  the Agroecology Fund offers an alternative model of grant making. It consolidates philanthropic resources and leverages public resources for agroecological solutions to some of the world’s most pressing problems. The need to seed the future and invest in groups like Dyikan Muras has never been more urgent. And donors will achieve far more impact by working together than they can alone.