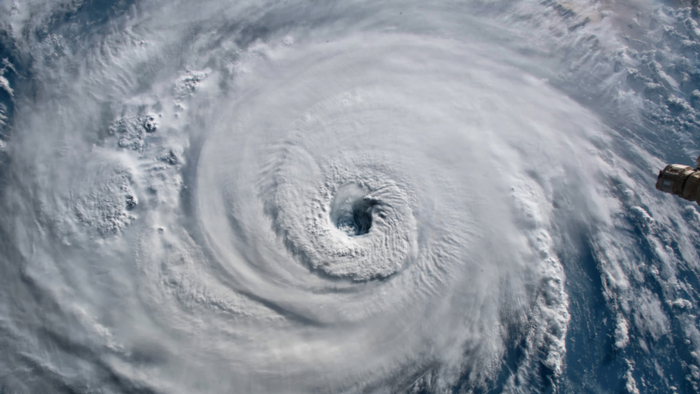 During this hurricane season, the increase in named storms has been attributed in part to warmer temperatures below the surface of the Atlantic, but scientists have observed a growing number of storms per season since the 1970s. This is partly due to rising ocean temperatures — in the past 50 years, Earth’s oceans have absorbed 93% of the increase in Earth’s energy caused by the continued use of greenhouse gases, leading to a 0.1 degrees Celsius rise in ocean temperatures every decade since 1970.Tropical storms can also cause greater devastation when they are combined with higher sea levels — another consequence of climate change, both from melting ice caps and from the expansion of seawater as its temperature creeps up. In fact, sea levels have already risen 7 or 8 inches since 1900 and are projected to continue rising in the coming years. Due to this convergence of factors, a study from the National Oceanic and Atmospheric Administration predicted that tropical cyclones and hurricanes will continue to increase in intensity throughout the 21st century.

When Hurricane Katrina hit the Gulf Coast of the United States in the summer of 2005, it wrought death and destruction upon New Orleans in the form of major floods, bringing 80% of the city underwater and most affecting the communities of color and low-income residents living in Louisiana’s “cancer alley,” where residents already dealt with the environmental consequences of numerous petrochemical plants. After Katrina, these predominantly Black communities suffered a longer road to recovery, greater rates of displacement, and a greater likelihood of struggling with mental health as a consequence of the storm. These communities also went unaided for longer before being cleaned up or rebuilt, if they ever received aid at all.

As demonstrated by Katrina, hurricanes disproportionately affect marginalized communities, such as Black, Native American, Latinx, and low-income communities. This is due to a convergence of factors, including the systemic economic inequities that leave these communities with less access to health care, disaster insurance, the resources needed for a safe evacuation, and a lack of robust, storm-proof, and modernized infrastructure resistant to flooding and hurricane-force winds.

During Hurricane Andrew, for example, which hit Florida and Louisiana the hardest, Black and non-Cuban Latinx people were less likely to receive adequate insurance settlements for their losses than White residents. In fact, a 2019 study found that Black and Latinx residents in American counties that experienced $10 billion in damages from natural disasters like hurricanes between 1999 and 2013 lost an average of $27,000 and $29,000, respectively. White people in counties with similar losses due to natural disasters instead gained an average of $126,000.

“Environmental hazards — like environmental pollution, toxic pollution, bad water quality, impacts from a hurricane or another extreme event — are not distributed equally,” said Juan Declet-Barreto, a researcher with the Union of Concerned Scientists studying the disproportionate impact that climate disasters and other environmental factors have on communities of color.

Climate disaster from hurricanes will only exacerbate existing inequalities in communities that are already facing severe crises.

This article is part of our Climate Justice collection. Learn more about climate justice, or read the full article about hurricanes and climate change by Sofia Andrade at Harvard Political Review.