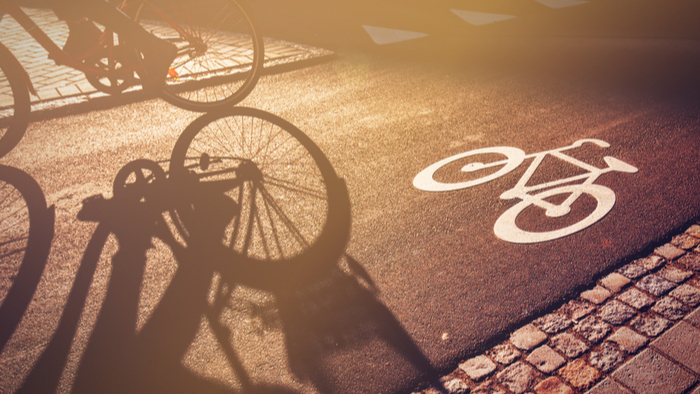 San José is rolling out the green carpet for biking, thanks to the city council’s unanimous passage of the Better Bike Plan 2025. With the plan’s adoption, the city commits to building a 550-mile network of bike lanes, boulevards and trails to help thousands more people ride safely.

The plan is realistic about the past, acknowledging San José’s sprawling 180-square-mile spread, its car-oriented layout and its inequitable history of transportation decisions, which continue to shape people’s lives. But the plan also looks ahead, aiming to create a city where anyone can comfortably bike to any neighborhood.

The planned network includes 350-plus miles of protected bike lanes, 100 miles of bike boulevards and 100 miles of off-street trails. Already, the city has built over 390 miles total.

With this plan and its creation, the city lays out a thoughtful approach to who feels comfortable biking, who doesn’t and how to invite more people out onto bikes.

For too long, bike lanes — not just in San José but nationally — have been created for the few people who feel fine biking on a street full of fast traffic, protected by only a line of white paint. The new plan acknowledges that’s often not enough for people to feel comfortable, instead offering “the evolution of a bike lane,” first by just widening that painted lane into buffer to create more separation from traffic, then putting parked cars between bikes and traffic when possible, and then building a whole raised curb between cars and the bike lane. The plan emphasizes that many of San José’s quiet residential streets can connect to create a “low-stress” network of “bike boulevards,” along with safe ways to get across the big busy streets.