Investors Could Benefit From Veterans 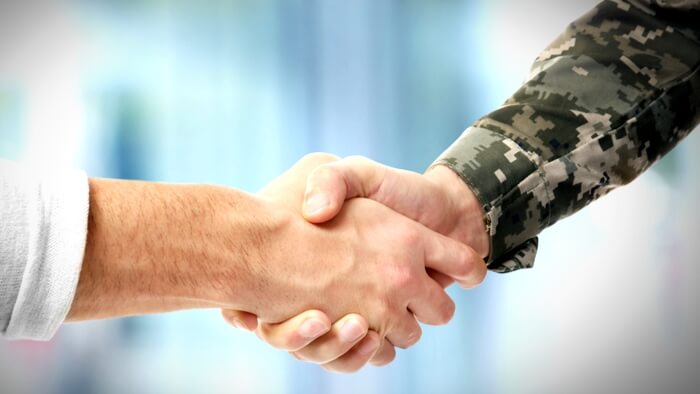 • The author reports that only 4.5 percent of veterans have the capital or an established network to open their own business. How can investors and the public sector work together to create a partnership with veteran entrepreneurs?

• Read about the six ways to support military entrepreneurs.

Last year, a Chase Business Leaders Outlook study reveals that veteran-owned businesses will report stronger profits in the next 12 months than their non-veteran counterparts. This points to larger findings that veterans’ hard-won experience can be tapped to launch and run successful businesses and it’s proof that veterans can turn their service skills into a competitive advantage in the business world.

Each year over 200,000 men and women return home from active duty with the hope of rejoining the civilian workforce. Some transition to large corporate settings where it can be difficult to adapt their service experience into a lasting career, while others follow the route of small business owner or entrepreneur. About a quarter of transitioning veterans aspire to start a company, but only 4.5% have the capital or an established support network to move ahead. As a result, the number of new entrepreneurs that are veterans slipped* to 5.6% in 2014 from 12.3% two decades earlier.

So it’s important that policymakers and the private sector help veterans apply the skills learned in the military to succeed as business owners or entrepreneurs. Doing so can help bolster the small business sector—a pivotal engine of growth in the United States.

Veterans have a unique opportunity to leverage their world-class training to find success as small business owners—but only if the public and private sectors make it a priority to provide them with the right capital and resources. Supporting veteran-owned businesses isn’t just a corporate responsibility initiative; it’s both good for business and the economy.

Read the full article about impact investing in veterans from JPMorgan Chase & Co. at Quartz Media.

Learning with others and benchmarking are key steps towards becoming an impact giver. If you are interested in giving with impact for Impact Investing, take a look at these events, galas, conferences and volunteering opportunities to connect with individuals like you.

If you are interested in Impact Investing, please see these relevant Issue Funds, Charitable Organizations or Projects where you can get involved.