Leaf Through These Books on Earth Day 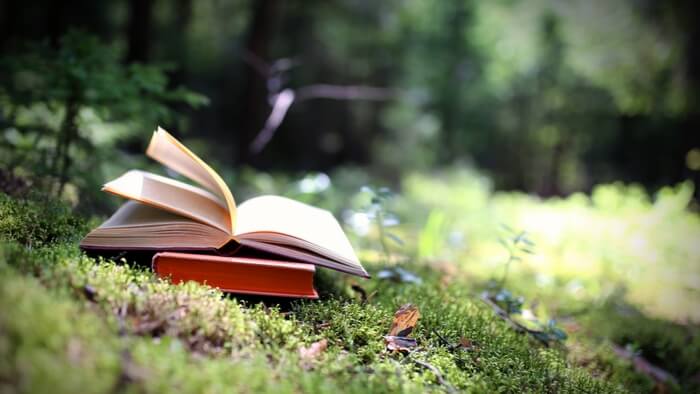 The Giving Compass family put together this book list as a starting point for readers looking to learn more about environmental problems and solutions. From informative nonfiction to inspiring fiction, this list has something for everyone. Get a hard copy or an ebook from your local library to enjoy these books without consuming natural resources.

The Botany of Desire: A Plant’s-Eye View of the World by Michael Pollan
Pollan explores the relationship between humans and nature through four crops that have suffered and benefited from cultivation by humans.

Cadillac Desert: The American West and Its Disappearing Water by Marc Reisner
Originally published in 1986, this book examines the history of western water management – a topic fraught with controversy that persists to this day.

The Elephant Whisperer: My Life with the Herd in the African Wild by Lawrence Anthony with Graham Spence
The true story of Anthony’s work to save a herd of elephants from poachers in South Africa. An animal conservation must-read.

Last Child in the Woods: Saving our Children from Nature-Deficit Disorder by Richard Louv
Louv explains the connection between children raised indoors on screens and the rise of concerning health trends.

The Nature Fix: Why Nature Makes Us Happier, Healthier, and More Creative by Florence Williams
Williams investigates current research on the health benefits of spending time in nature.

Silent Spring by Rachel Carson
Carson’s 1962 book on the harmful effects of DDT brought environmental concerns to the fore of American political discussion. No history of environmentalism is complete without mention of this pivotal book.

The Sixth Extinction: An Unnatural History by Elizabeth Kolbert
Kolbert introduces species that have already been driven extinct by human activity, and many more that are currently endangered.

World Without Us by Alan Weisman
What would the world look like if all humans disappeared? Weisman paints a compelling picture of what would crumble to dust and what would be preserved for long time periods.

Annihilation: A Novel (The Southern Reach Trilogy) by Jeff VanderMeer
An exploration of Area X – a twisted, natural landscape inhospitable to humans – by researchers attempting to uncover the truths buried there.

The Lorax by Dr. Seuss
A classic children’s book with an environmental message about extractive capitalism that is relevant to all age groups.

Nausicaä of the Valley of the Wind by Hayao Miyazaki
This graphic novel follows the story of a princess in a post-apocalyptic world attempting to protect her people both from an invading kingdom and the creep of the toxic forest that is taking over the earth.

Parable of the Sower by Octavia E. Butler
In a future where society is in partial collapse due to climate change, Lauren Oya Olamina is forced from her relatively comfortable gated community to journey on foot to look for a safe and habitable refuge.

Original contribution by Clarissa Coburn with input from the Giving Compass family.

If you are interested in Arts and Culture, please see these relevant Issue Funds, Charitable Organizations or Projects where you can get involved.