Migrant Parents Separated From Children Since 2018 Return To US 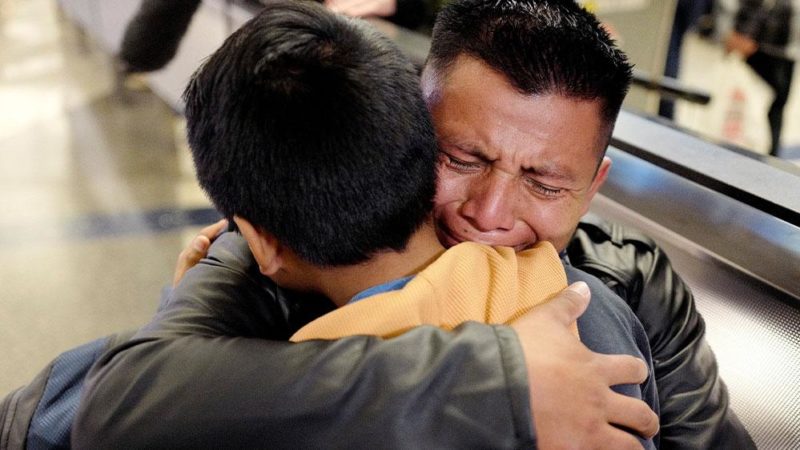 · Following an order from a federal judge, Al Jazeera Media Network reports that nine parents were reunited with their families in Los Angeles after being separated by the Trump administration for a year and a half.

· Read more about the family separation policy and the impact is has on mental health.

Nine parents who were deported as the administration of US President Donald Trumpseparated thousands of migrant families landed back into the United States late on Wednesday to reunite with children they had not seen in a year and a half.

The group arrived at Los Angeles International Airport from Guatemala City in a trip arranged under the order of a federal judge who found the US government had unlawfully prevented them from seeking asylum. An asylum advocate confirmed the nine parents were all on board the flight.

Some of the children were at the airport to greet them, including David Xol’s nine-year-old son Byron.

David fell to one knee and tearfully embraced Byron for about three minutes, patting the back of his son’s head.

“He was small,” David said after rising to his feet. He looked at his lawyer, who accompanied him on the flight, raised his hand about chest-high and said, “He grew a lot.”

David, Byron and his lawyer, Ricardo de Anda, then embraced in a three-way hug and exchanged words in their huddle. Byron was all smiles. Father, son, lawyer and family sponsor eagerly left the airport for their hotel.

The reunion was a powerful reminder of the lasting effects of Trump’s separation policy, even as attention and outrage has faded amid impeachment proceedings and tensions with Iran. But it also underscored that hundreds, potentially thousands, of other parents and children are still apart nearly two years after the zero-tolerance policy on irregular border crossings took effect.