Monopsony And How It’s Harming Older Women in the Workplace 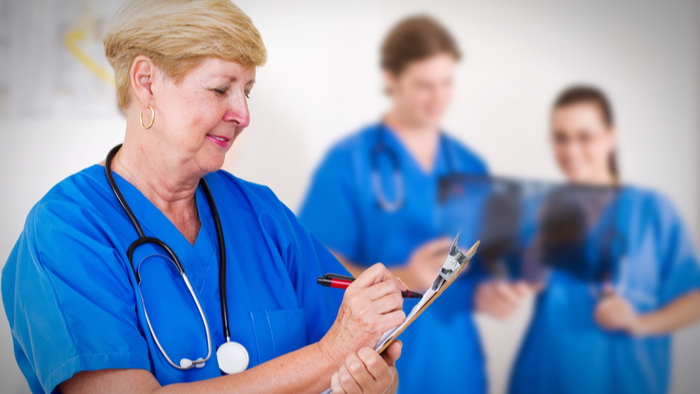 • Kate Bahn explains how employers are exploiting older working women as they take advantage of monopsony.

• How might monopsony within big employers go largely unchecked? How can we create awareness to limit the effects of monopsony? What can you do to support equal treatment for older women in the workplace?

• Read about the road to inclusion and fair treatment in the workplace.

Monopsony occurs when employers are able to exploit labor market conditions to pay workers less than the value they contribute. Mounting evidence suggests more workers are subject to big employer power and that employer power has suppressed workers’ pay.

Older women workers may be subject to a disproportionate amount of monopsony power compared to other workers for several reasons. Doug Webber of Temple University uses state-of-the-art data that connects information about workers and where they work—restricted access-linked employer-employee data from the Census—and finds monopsony is a widespread phenomenon that contributes to income inequality. He finds that women workers may be particularly affected, with monopsony lowering women’s earnings 3.3 percent compared to men.

This conclusion makes sense because women may be more likely to face more difficulty in finding a job due to disproportionate care burdens and a higher likelihood of being a secondary income earner whose job search is shaped by the dominant earner, resulting in higher mobility costs. Older women workers are not exempt from care burdens, as they may be caregivers for family members (e.g., an aging spouse or elderly parents) or have their own health needs or constraints that impact how they search for jobs.

Monopsony also is more prevalent in female-dominated occupations such as nursing and teaching, which means these women face wage suppression over their entire careers.

While monopsony impacts the gender wage gap overall, age discrimination affects older women in particular. Age discrimination adds to the constraints older women face in the labor market, and makes monopsonistic exploitation even more likely. When workers are limited in the job offers they receive, they will be more likely to accept wages below the value they contribute, technically called their “marginal productivity of labor.”

Employment is a fascinating topic, and others found these events, galas, conferences and volunteering opportunities aggregated by Giving Compass to be relevant for individuals with a passion for Employment.