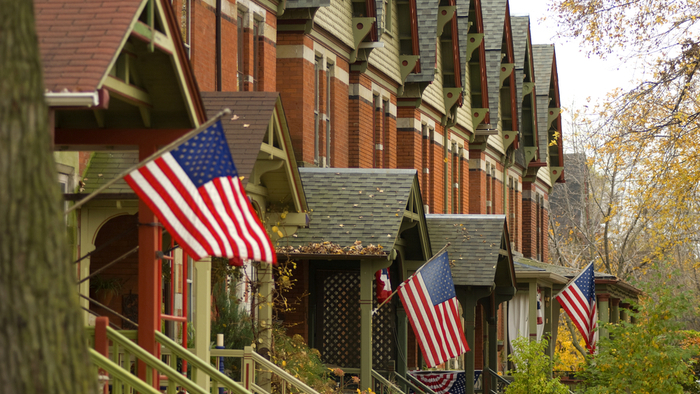 • The Pew Research Center reports that roughly half of lower-income Americans say current economic conditions are hurting them and their families and only benefiting the rich.

• According to this article, three-in-four Republicans give the economy positive ratings, while a majority of Democrats rate it negatively.

• Find out why the middle class is unsatisfied.

By many measures, the U.S. economy is doing well. Unemployment is near a 50-year low, consumer spending is strong and the stock market is delivering solid returns for investors. Despite these positive indicators, public assessments of the economy are mixed, and they differ significantly by income, according to a new Pew Research Center survey.

Majorities of upper-income and middle-income Americans say current economic conditions are excellent or good. But only about four-in-ten lower-income adults share that view, while a majority say the economy is only fair or poor.

Views of the economy are strongly linked to partisanship, with Republicans and independents who lean toward the Republican Party much more likely than their Democratic and Democratic-leaning counterparts to have a positive view of the current economy. While attitudes toward the economy have long been partisan, they are particularly so today – and virtually all the increase in positive views of the economy since Donald Trump became U.S. president has been among Republicans. Still, income gaps persist within these party groups. In fact, lower-income Republicans are roughly four times as likely as those in the upper-income tier to give the economy an only fair or poor rating.

Read the full article about the current economy by Rith Igielnik and Kim Parker at Pew Research Center.