Neighborhood Fridges and the Fight Against Hunger 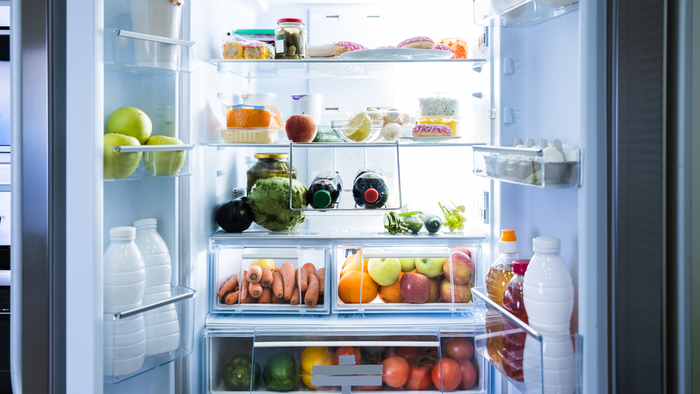 Despite logistical hurdles and pushback from city officials, organizers are making it their mission to protect community fridges, which have transformed into a combination of social hubs and distribution centers aimed at making sure everyone has access to food.

The Friendly Fridge BX, below the last 1 train stop in the Bronx, is impossible to miss. Cardboard boxes and milk crates overflowing with loose sweet potatoes, corn, garlic scapes and heads of cabbage regularly extend into the sidewalk from a forest green shed, where inside sits a fridge, painted yellow, orange and sky blue, with a raised green fist grasping a carrot.

Depending on the time of day, pulling open the door can reveal a kaleidoscopic spread of plastic clamshells stuffed with berries or sliced watermelon, an entire row of heads of lettuce—even prepared meals of chicken and rice from Best Deli & Grill down the block. Come an hour later, and it might all be gone. Written in English and Spanish on the shed is the mantra “take what you need, leave some for others.” For over a year, thousands have come to depend on this philosophy to put food on their tables.

Community fridges like the Friendly Fridge BX long predate the pandemic, having been scattered from California to Texas to Arkansas as isolated projects. But over the past 19 months, in the wake of mass unemployment and faltering emergency food systems, the concept has exploded across the U.S. as a broad grassroots movement aimed at combating food insecurity on local levels. Hundreds of fridges adorned in bright colors have begun popping up outside restaurants and delis, houses of worship and people’s homes, all promising free food to those who need it.

This continued demand for community fridges is not surprising. The Department of Agriculture (USDA) announced in an annual report that the percentage of American households that were food insecure, or had difficulty providing food for every household member at some point due to a lack of money, remained unchanged in 2020 compared to the previous year. But researchers told The Counter that the government’s expansion of nutritional and financial aid, together with increased food assistance via charitable and mutual aid organizations, was vital in preventing the spread of hunger.

Read the full article about community fridges by Matthew Sedacca at The Counter.