New Profit: What the Future of Social Innovation Looks Like 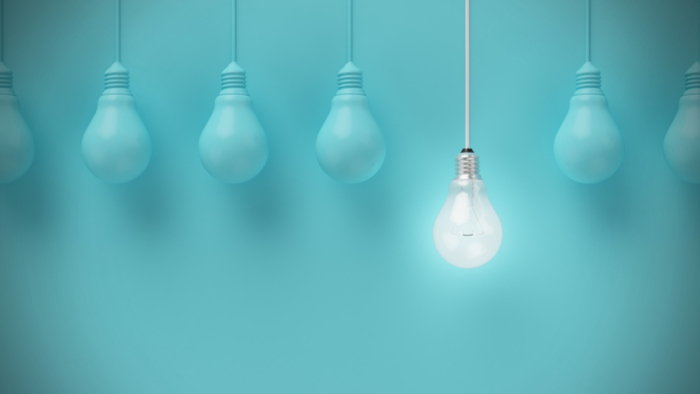 Looking for guidance in venture philanthropy? Follow the leaders.

New Profit, a Boston-based nonprofit with a focus on systems change initiatives, held its annual Gathering of Leaders conference in its hometown on May 16 and 17 to celebrate 20 years of promoting social innovation.

More than 350 professionals were in attendance, with many of the top leaders in the sector sharing their ideas and knowledge about what it will take to make progress and shift power to the powerless. Here’s what you need to know.

Lessons On Best Ways to Collaborate

Among the panelist discussions, three key themes emerged about the future of leadership, all central to the larger idea of collaboration.

Don’t be afraid to share ideas. John Rice, CEO of Management Leadership for Tomorrow, pondered the next steps leaders in the social sector should take in order to advance progress in their respective enterprises: “We need to approach work as if we were scientists in a lab and relentlessly focus on finding and naming core impact that can be communicated and shared broadly in the system.”

Harness the power of networking. As the panel mused over how networking can improve the sector, they discussed the growth they’ve seen within their own companies. Wendy Kopp, CEO and co-founder of Teach For All, said her groups “are dedicated to building a robust global organization which fosters networks, moves quickly, and is committed to strategic clarity.”

Laura Weidman Powers, cofounder of Code2040, relayed how her organization started as a fellows program for black and Latinx students who wanted to accelerate their careers in the tech world, but then expanded to a community of thousands of people who wanted to discuss lack of equity within the tech industry. Networking helped drive growth and activate more stakeholders to force organizations to look beyond their programming.

Activate the collective power in leadership. “By tackling systemic problems … we can build spaces for collective power,” Kopp said. Other panelists added thoughts on how activating community members, stakeholders and distributing power equally across their communities will help advance social change.

Next step after collaboration: Go out and do something. The final portion of the conference was devoted to giving social innovators specific action items, ones that we can all use in our work.

Hold technology leaders accountable. Meredith Whitaker, founder & executive director of the AI Now Institute, said that assumptions about race and other marginalized groups “should not be amplified by shiny-looking tech,” meaning that machine learning that relies on old biases (such as language translation programs that associate “woman” with arts & humanities and “male” with science & math), should be looked at skeptically.

We must think about how power in the industry is concentrated and demand transparency from the gatekeepers, such as Google, Facebook and other companies.

Build capacity for community foundations. Gerry Roll, executive director of Foundation for Appalachian Kentucky, noted that poor rural areas do not always get a spot at the table in philanthropy. “We need new ideas about the way capital flows in this country,” she said, adding that a “network of rural, place-based anchors” would strengthen the sector.

Create new job opportunities through investments. Kerry Sullivan, president of The Bank of America Charitable Foundation, urged businesses to ask themselves, “What are the social and economic imperatives in the US?” The time is now to deploy finance and lift people up from poverty.

Push for inclusivity — not just diversity — in politics. Sayu Bhojwani, founder and president of New American Leaders, talked about the need to “create a roadmap to equity,” which means not just voting, but training a new generation of activists to run for office. She also discussed how diversity isn’t the same as inclusivity — the latter is the true pathway to change.

Have patience. David Gergen, director of the Harvard Kennedy School Center for Public Leadership, emphasized that despite a frequently toxic environment in Washington and a country that seems more polarized each day, we “must accept that change is hard, but should not be afraid of it … help is on the way.” But it will only come with more gender equity. Said Gergen,” Women are about to change the politics in this country forever.”