New Study Shows That Race, Not Just Poverty Shapes Your Future in America 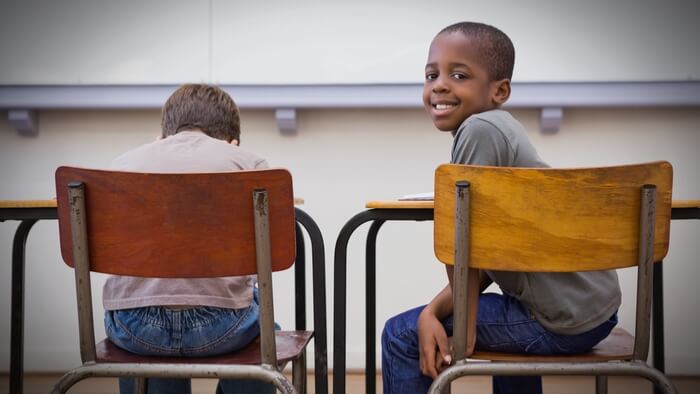 • A new study says that both race and socioeconomic status are crucial when understanding the outcomes for men and women in America.

• What can you do in your community to combat problems you see around race and education policy?

• Other studies and additional research shows that that young people  (usually men) of color are more likely to end up in jail and/or unemployed.

The study landed with a gut punch. Black men earn significantly less than white men, even when they were raised in families making the same amount. Poor black boys tend to stay poor as adults, and wealthy black boys are more likely to be poor as adults than to stay wealthy.

The study, released through the Equality of Opportunity Project, is noteworthy in scope, using data on millions of people born between 1978 and 1983 in the U.S. And while it focuses on their economic outcomes, the research also looks at education, where the impact of racism on black boys is also apparent. Here’s what the study tells us about schools and education policy.

Here’s another example: On federal math and reading exams, white eighth graders who qualified for subsidized lunch (indicating low family income) slightly outscored black eighth graders who did not qualify. This has real-world consequences. A number of states that do not have school funding gaps between low- and high-income students still have gaps between white students and students of color, one recent analysis found.

This study relies on average test scores to define school quality, though that doesn’t actually say much about how effective schools are.

Read the full article about race and poverty shaping futures by Matt Barnum at Chalkbeat.

If you are interested in Education (Other), please see these relevant Issue Funds, Charitable Organizations or Projects where you can get involved.