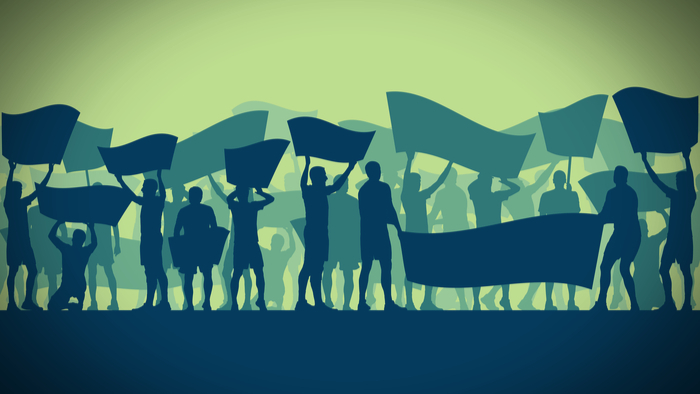 • Tory Martin highlights the many ways in which nonprofit organizations are playing an increasingly visible role in our political lives, as pathways into action and as proponents of civic engagement itself.

• Good civic engagement relies on meaningful dialogue and feedback. How can philanthropy and other organizations encourage communication between officials and communities?

• Read about five things we learned about civic engagement.

Anecdotally, America seems to be experiencing a great surge in civic engagement. The Women’s March on Washington brought millions of people together on every continent in January 2017, and tens of thousands more in 2018. The March for Our Lives, the March for Science, Black Lives Matter, even the protests and counter-protests associated with the alt-right are bringing thousands of Americans out into the streets to call for some definition of change. But what does that have to do with philanthropy?

Philanthropy is often defined as the giving of time, talent, and treasure. Since the 2016 election, we have seen innumerable examples of Americans giving all three of these to impact politics. In November 2016, over 80,000 people made donations to Planned Parenthood “in honor of” Vice President Mike Pence (Mettler, 2016). In the 15 months following the election, the American Civil Liberties Union’s membership jumped from 400,000 to 1.84 million (Reints, 2018). Even the $55 million drop in memberships and donations reported by the National Rifle Association in late 2018 can be considered the result of philanthropic action: people choosing to express their political views by withholding their time and treasure from that organization (Sykes, 2018).

Furthermore, Mati, et al. (2016) argue that social movement activism and protesting should be considered volunteering in the traditional sense. “[B]oth volunteering and social activism are actions undertaken without pay; they are voluntary to the extent that they are founded on individual free will and conviction” and share a “reliance on [the] commitment and capacities of ordinary people.”

Read the full article about nonprofits and civic engagement by Tory Martin at Johnson Center for Philanthropy.