One In Four College Students Are Parents: How Can We Help Them? 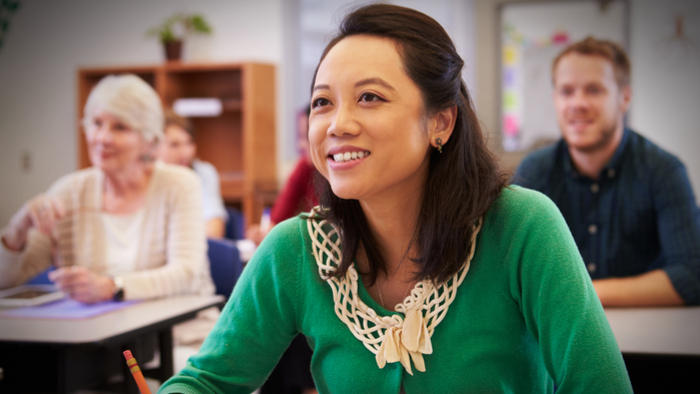 • Education Next reports on an often-overlooked aspect of college reform efforts: Adult learners, many of whom are parents, make up a good portion of the population.

• What can funders do to address the needs of these students? Suggests include finding a way to subsidize childcare and transportation at the local and federal level.

• Here’s more on how we can help adult college students graduate.

Jaime remembers the exact moment he decided to get a college degree. It was the second he learned that he was going to be a father. He and his wife had been getting by financially, but he wanted more than that for his child.

He had looked for more stable, lucrative jobs online from time to time, but they all required college degrees that he didn’t have. So he enrolled at a local university. It was his second try at college, and this time, he was confident it would be different.

Jaime’s college admission story is increasingly common, but still largely overlooked in our popular narrative. Parents in college number 4.8 million at latest count, or 26% of undergraduates, and millions more are in other postsecondary training programs. Our estimates, using demographic and enrollment trend data, put the likely number today at closer to 6 million. Like Jaime, parents have heard the message that the best jobs in today’s economy, the ones that can support a family and provide economic mobility, require at least some postsecondary training.

But when parents enter postsecondary education, they meet a system that isn’t designed with them in mind. That’s a major reason why only 33% of parent learners earn any degree or certificate within six years of enrolling, compared to 50% of students overall.

Read the full article about building better secondary education options for parents by Michael B. Horn and Allison Dulin Salisbury at Education Next.