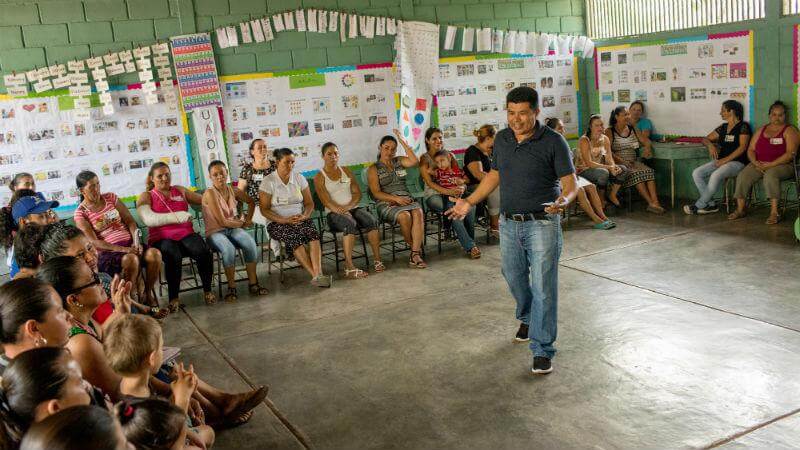 • In a post on Devex, ChildFund International discusses creating safe environments for children worldwide, specifically with their PUENTES project in Honduras. Listening to communities has informed the most impactful initiatives.

• What can we all do to create sustainable change? Putting information and talk into action “multiplies the power of advocacy.”

• Here’s why the mental health of children is so important worldwide.

For 80 years, ChildFund International has worked to improve the well-being of children worldwide, evolving its approach according to children’s needs and the context they live in. Our long experience and more recent child protection initiatives tell us that it takes much more than the proverbial “village” to create safe environments for children. Here are some things we’ve learned.

In the early 2000s, we carried out a child poverty study that transformed how we work. Its key findings suggested that children’s experience of poverty differs from that of adults. Where an adult defines poverty as lacking key resources such as money, water, health care, and the like, a child tends to more acutely experience the social and emotional backlash of economic deprivation: The shame of being excluded and stigmatized by peers, the fear of increased vulnerability to violence, and the disappointment of broken dreams.

Recently, what children have been telling us has guided us toward a new focus: The critical need to end violence against them. Understanding how violence can derail developmental gains, we realized that we would have to build a child protection emphasis into our work across all the sectors we touch: Health and nutrition, education, and livelihoods.

Complementing talk with action multiplies the power of advocacy; with hands-on experience, policymakers can become believers.

Participation, both local and governmental, inspires ownership that then leads to scalability.

Governments generally have well-intended policies, but they often face challenges in putting resources behind those policies. NGOs, from local to international, can be valuable partners in turning a government’s good intentions into reality for the people they serve. Such partnerships reinforce and enliven change.

Worldwide, ChildFund works through local partner organizations rooted in the communities they serve. These long-term relationships are critical to our work: Who better to understand a community’s needs than its residents? And to whom are those residents more likely to listen — their neighbors running the community organization or the INGO staffers from outside?

In a recent pilot project we implemented in Honduras, our local partners were the first key to achieving buy-in among participants, from community members to national government actors and even donors. The project would eventually lead to the nationwide adoption of a methodology to reduce violence at school and at home.