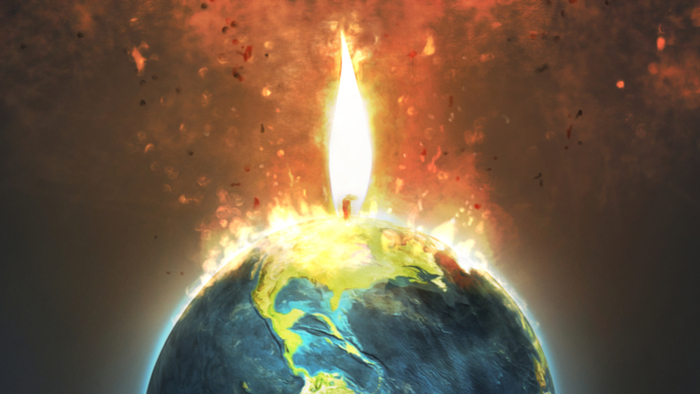 In recent years, “climate justice” has emerged as a new framing for climate change activism, one in which the grassroots energy of the environmental justice movement intersects with the global catastrophe that is climate change. A broad range of individuals and organizations identify as climate justice activists, from the well-known (Bill McKibben and Tim deChristopher) to the less well-known (Peaceful Uprising and Rising Tide).

Taken in aggregate, climate justice is a self-corrective—a direct response to the very real failures of contemporary environmentalism: in particular, its reliance on individual consumer-based lifestyle solutions, and its dependence upon abstract and moralizing arguments. According to climate justice activists, these two tendencies have rendered environmentalists’ attempts to halt global warming an abject failure, producing a paradoxical situation in which the general population is well aware of the imminence of global warming, yet feels entirely disempowered to act upon it.

Scholars and activists alike habitually cite the first Earth Day in 1970 as the moment of coalescence for the modern environmental movement. The country’s concurrent disinvestment in the public sphere, its embrace of “hyper-individualism,” its move away from traditional identities of race and class and insistence instead that it was a “post-racial” society: these seismic changes in the American public sphere were seamlessly incorporated into the post-ideological worldview of “mainstream” Washington, D.C.-based environmentalism. Those organizations which became the voice for the environment in Washington D.C. were the product of, and themselves contributed to, the migration away from ideologically-based movement politics and towards individual consumer choices, the erosion of commitment to the common good, and the belief that the free market is the most natural expression of human relations.

By the early 1980s, the environmental movement was geographically and tactically bifurcated between D.C. power politics and an effusion of various anti-toxics, wilderness, and nascent environmental justice grassroots campaigns. It was not lost on contemporary observers that this bifurcation reflected clear lines of race and class. The boundaries between these two paths have only hardened in the intervening three decades, a particularly sad fate given the historical connections between the civil rights and environmental movements.

In stepped climate justice, the first concerted attempt to reunite grassroots and Beltway politics. Climate justice activists understand climate change as one symptom of capitalism’s organized oppression, and they espouse a militancy unseen in mainstream politics—a resuscitation of the tactics of non-violent civil disobedience honed through decades (and, in some cases, centuries) of labor, civil rights, and antiwar organizing.

Responsibility for the disconnect between local communities and the globally-focused climate justice movement lies squarely on the shoulders of those well-known climate change activists who have bypassed the human landscape which successful climate justice organizing must inhabit. The self-imagination as New Abolitionists implies a selfless “speaking for” the masses that are unable to speak for themselves. Yet this is manifestly not the case. Local communities are completely able to speak for themselves: they simply do so in a different language.

Read the full article about the history of climate justice by Jennifer Thompson at The Solutions Journal.