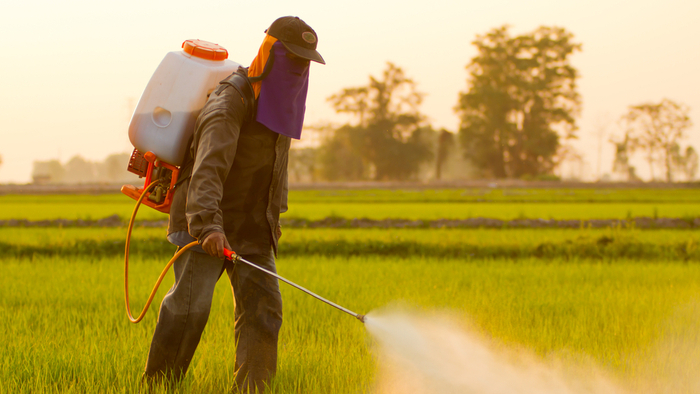 • The agricultural company, Corteva Agriscience, announced it would phase out a pesticide that has been linked to brain damage among children.

• What health issues have been linked to this popular pesticide? What alternatives are available?

• To learn more about this topic, check out this article about the problem of wind-blown pesticides.

Corteva Agriscience, one of the biggest agricultural companies in the U.S., will phase out its marquee chlorpyrifos-based pesticide by the end of the year, citing a drop in use among farmers. This move—a possible bellwether for other chlorpyrifos products—follows years of contention over the chemical’s health effects on children and farmworkers.

“Demand for one of our long-standing products, chlorpyrifos, has declined significantly over the last two decades, particularly in the U.S,” said Gregg Schmidt, a Corteva Agriscience spokesperson in an emailed statement. “Due to this reduced demand, Corteva has made the strategic business decision to phase out our production of chlorpyrifos in 2020.”

The Dow Chemical Company introduced chlorpyrifos back in 1965, as a replacement for DDT, then a widely used insecticide increasingly associated with human and environmental health risks. (After Dow Chemical and DuPont merged in 2015, Corteva was spun off as an independent chemical producer dedicated to agriculture.) Chlorpyrifos rapidly became a go-to tool for commodity farmers, who sprayed it on a range of crops like corn, soy, and cotton, as well as produce.

Read the full article about Corteva Agriscience dropping a harmful pesticide by Jessica Fu at The Counter.