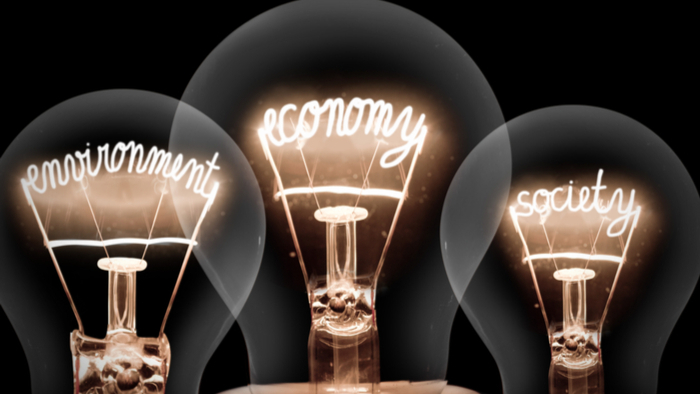 • In this Stanford Social Innovation Review piece, The Bridgespan Group discusses philanthropy’s role in achieving the Sustainable Development Goals (SDGs) and how bold action (or “big bets”) will be needed to speed progress.

• Some of the opportunities for risk-taking and innovation are identified in this piece. How can we allocate resources to stronger collaboration in those areas?

• Here are 7 reasons we need to step up action on the SDGs.

The United Nations made headlines around the world in September 2015 when it adopted an ambitious set of 17 Sustainable Development Goals (SDGs) that aim to end extreme poverty, protect the planet, and ensure health and prosperity for all by 2030. Delivering on these goals won’t come cheap. The UN estimates that it will require an additional $2.5 trillion in funding each year above what is currently being spent by government, business, and philanthropy.

Government and business have the deepest pockets and, no doubt, will shoulder the largest financial burden. But they cannot do the job alone. Philanthropy also has a critical role to play. It brings not just much-needed money, but often a willingness to support big thinking, innovation, risk-taking, and collaboration.

The power of those contributions is particularly evident in philanthropic “big bets” that aim to speed progress on specific social issues, such as pediatric AIDS or quality education. The Bridgespan Group’s research has established the outsized role big bets can play in propelling social change. Building on that work, we set out to research the flow of big bets to areas targeted by the SDGs — hoping to discern patterns that could inform future philanthropic efforts.

UN Foundation President and CEO Kathy Calvin has elevated the need for more research of this sort, pointing to insufficient data as a barrier to more rapid progress on the SDGs. “A core challenge within the philanthropic community is that there isn’t enough data on where the dollars are flowing vis-à-vis the SDGs, or enough transparency on what impact the dollars are having,” says Calvin. This Bridgespan study is part of a constellation of efforts aiming to fill that void and help funnel more dollars, more effectively to achieving the SDGs.