Philanthropy Must Be Bold in 2020 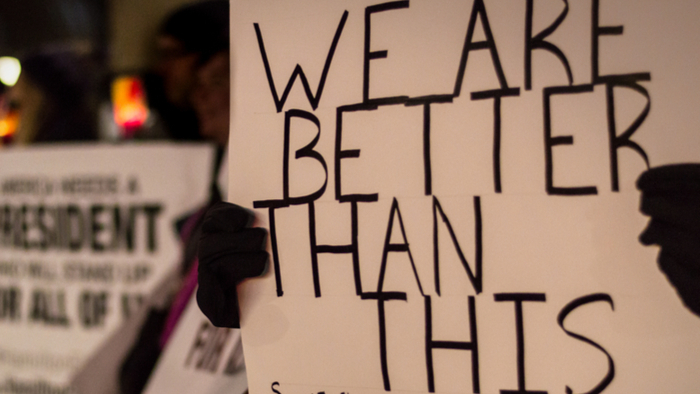 • Vu Le calls for funders and nonprofit leaders to set aside circular debates and take bold action in 2020.

• Have you been caught up in intellectual debates instead of progressing to action? Are you ready to take bold action in 2020?

• Want to jump in? Find a vetted fund to support for quick, impactful action.

A while ago I attended a meeting with group of local leaders. We were talking about equity. Someone said, “What is our definition of equity? Have we defined it? Are we on the same page?” The discussion devolved into a conversation about the definition of equity.

Our sector’s, and specifically progressives’, ability to intellectualize is without parallel. The harmfulness of our propensity to intellectualize is only matched by our delusion that we’re making progress through intellectualization. “Equity has been defined by researchers and others already,” I said, “we have kids in cages still to this day; we don’t have time for this.” A few agreed, and the definition of equity was relegated to a committee.

The following meeting, the group started to discuss specific areas of injustice—education, housing, jobs. I brought up that we always do this, that we come up with list of problems and actions, and we never address the levers of power, so then nothing ever changes. We can keep proposing solutions, but who will implement them? Who will fund them?

As I mentioned earlier, if we want to tackled these and other social problems, we need focus on a few critical levers of power:

If we as a sector do not focus more resources on these things—around which conservatives have rallied extremely effectively these past few decades—then we will keep spinning our wheels, now matter how many retreats and discussions we engage in and no matter how many white papers and action plans we create. I brought this up, and immediately was disappointed by the reaction:

“But are people ready for this?” “How do we not upset Amazon and other corporations who may partner with us?” “How do we start where people are and not move too far ahead of them?”

What was surprising was that these reactions were not coming so much from the funders in the room, but from other nonprofit and community leaders. Especially other leaders of color. I felt my energy draining. One leader in so many words said the 2020 presidential election’s results are foretold, and that’s it’s basically hopeless, so we should just focus on whatever small degree of damage control we can do.

I’m sorry, I do not accept this, and I hope you don’t either.

Read the full article about being bold by Vu Le at Nonprofit AF.

If you are looking for opportunities to take action and give money to Global, here are some Giving Funds, Charitable Organizations and Projects aggregated by Giving Compass where you can take immediate action.