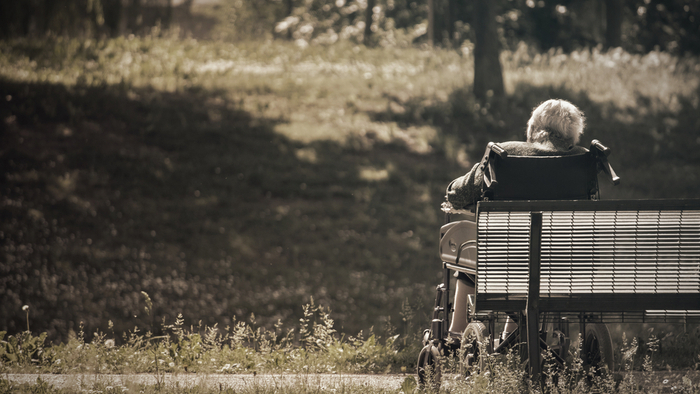 • Brenna N. Renn discusses the challenges of preventing suicide in older adults and how they can effectively be addressed.

• How can funders support efforts to prevent suicide in older adults? Where in your community can older adults get support and resources?

• Read about why America’s suicide rate is on the rise.

Although most older adults report higher levels of well-being and greater meaning in life than their younger counterparts, late-life suicide remains a pressing public health concern. There are sobering data to support this paradox. In 2017, when the average suicide rate in the U.S. was 14.0 deaths per 100,000 individuals, the second highest rate (20.1) occurred in those 85 years or older (CDC 2019). Research estimates suggest that there are as many as 200 attempts for each completed suicide in adolescent and young adult samples, but this is drastically cut to 2-to-4 attempts for each suicide death among older adults (Conwell 2013). Suicide attempts are more likely to result in death among older adults than younger individuals, in part because older adults tend to plan more carefully, use more lethal means, and are less likely to be discovered and rescued. Their physical frailty also means they are less` likely to recover from an attempt.

Suicide in later life is a complex phenomenon that is likely driven by multiple determinants. As such, it will take a commitment across health care and social service systems to systematically improve detection and intervention to prevent suicide deaths. The following are considerations to improve suicide care and reduce the number of individuals falling through the cracks of our systems.

Consider the role of ageism. There exists a dangerous and outdated norm that decline, deficits, or disorders are common, normal, and expected among older adults.

Grantmakers should work with their grantees and provider partners to promote a version of the aging experience that challenges simplistic notions that later life is a period of inevitable loss, decline, and pathology.

Consider the stakeholders. Longer life expectancy means that people are living with chronic conditions for a longer period, sometimes with a lifetime diagnosis of one or more psychiatric disorders. This means that many older adults receive care from primary care providers for their chronic physical conditions (e.g., diabetes, cardiovascular disease) if not also their mental health conditions (e.g. depression, anxiety).

Because only a small proportion of older adults in need of mental health care receive adequate treatment, it is particularly important to target nontraditional linkages to care, such as integrated mental health care in other medical or aging (social) services.

Read the full article about suicide in older adults by Brenna N. Renn, PhD at Grantmakers In Health.

Learning and benchmarking are key steps towards becoming an impact giver. If you are interested in giving with impact on Mental Health take a look at these selections from Giving Compass.

Human Services is a fascinating topic, and others found these events, galas, conferences and volunteering opportunities aggregated by Giving Compass to be relevant for individuals with a passion for Human Services.

If you are interested in Human Services, please see these relevant Issue Funds, Charitable Organizations or Projects where you can get involved.