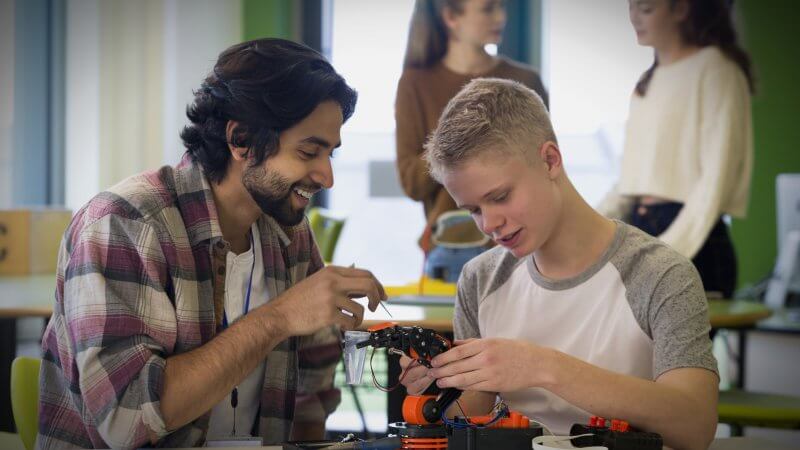 Expanding access to science, technology, engineering, and math (STEM) courses in high school doesn’t increase the number of students who attain college degrees in those subjects, a new study finds.  Neither will adding more STEM classes at the high school level push black, Hispanic, and female students to become STEM majors at the same rate as the white and Asian men who currently predominate in those college disciplines. In fact, the authors add, it may only worsen existing gender and race disparities.

In schools with high percentages of low-income or minority students, it is hoped that expanding STEM course access could yield pathways for underrepresented students to lucrative careers. However, the results from Missouri’s schools don’t support that theory. While the number of STEM majors at Missouri’s 14 public colleges and universities increased modestly over the period Darolia and Koedel studied, the number of STEM courses offered in high schools was about flat — and the number of science courses actually declined.

Overall, students who attended high schools with broader STEM offerings were hardly more likely to major (or attain a college degree) in a STEM subject than those whose high schools offered fewer such courses.

“The estimates suggest that post-secondary STEM outcomes for female and underrepresented minority students are less affected by access to STEM courses in high school than white male students,” they write. “The implication is that broad, untargeted efforts to expand STEM access in high school may modestly exacerbate current race- and gender-based imbalances in STEM fields.”

Darolia and Koedel conclude by suggesting that improving the pool of STEM teachers, instructional methods, or curricular materials might be better paths to improvement than simply expanding access to existing resources.

Read the full article about expanding STEM classes in high schools by Kevin Mahnken at The 74.

Employment is a fascinating topic, and others found these events, galas, conferences and volunteering opportunities aggregated by Giving Compass to be relevant for individuals with a passion for Employment.

In addition to learning and connecting with others, taking action is a key step towards becoming an impact giver. If you are interested in giving with impact for Employment take a look at these Giving Funds, Charitable Organizations or Projects.