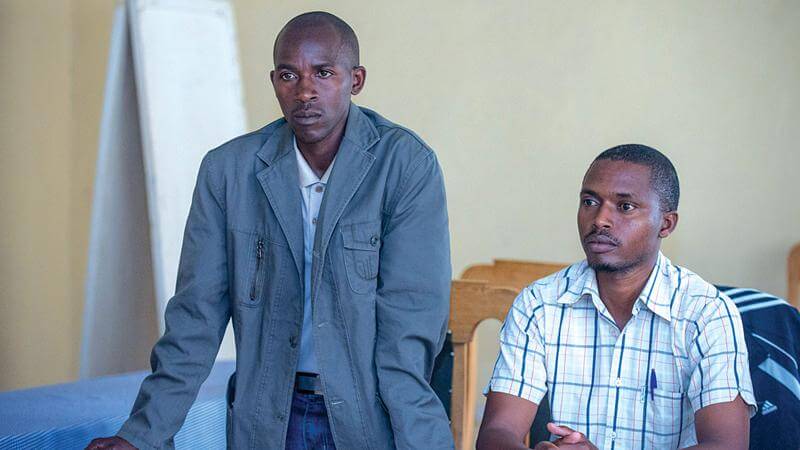 • Devex reports on a randomized control trial that targeted new dads in Rwanda, hoping to transform traditional attitudes about masculinity and increase gender equality, while reducing domestic violence. The RTC showed some promise.

• Even though this is just one evaluation in a specific area, the Rwandan study could be applied to other global programs seeking to encourage family planning, improve gender dynamics, increase shared household responsibilities and more. It’s encouraging that there can be multiple outcomes from one simple intervention. New fatherhood should also be looked at as a positive “entry point” for such initiatives.

• Other ways to achieve gender equality? More funding and technology in the agriculture sector.

Targeting men as they become fathers could be an effective way of transforming male attitudes towards women and could help reduce gender-based violence, according to a new evaluation offering rare insight into the impact of such efforts.

The approach can also lead to greater sharing of household duties, and encourage use of family planning among couples, it found.

The two-year randomized controlled trial examined the impact of a program in Rwanda that seeks to “transform norms around masculinity” among recent and expectant fathers “by demonstrating positive models of fatherhood.”

Run by Promundo, an NGO working to engage men and boys for gender equality, and Rutgers, the Dutch reproductive rights center, the “Bandebereho” program — which means “role model” in Kinyarwanda — has worked with 1,700 couples across Rwanda since 2014, offering 15 weekly sessions on topics such as gender and power; fatherhood; couple communication and decision-making; intimate partner violence; caregiving; child development; and male engagement in reproductive and maternal health.

It is part of a multicountry MenCare+ program to engage men in sexual, reproductive, and maternal health. All sessions were led by local volunteer fathers, with nurses and police officers co-facilitating some sessions. Women joined about half the sessions.

The RCT evaluation tracked 600 male and female participants over a 21-month period and compared their attitudes and self-reported experiences against a control group. Men who took part in the program were nearly half as likely to use violence against their female partners, according to reports from the women, and spent almost one hour or more per day doing unpaid care work and household chores.