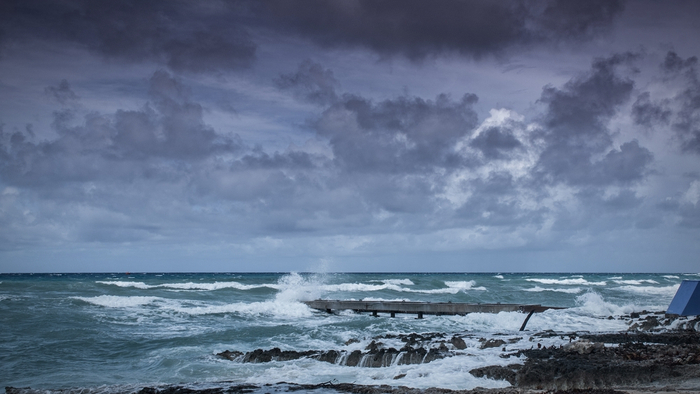 When Hurricane Ida came barreling toward Louisiana on Sunday, New Orleans wasn’t the only target. Several Native American communities, some based on narrow stretches of soil among the wetlands, were also hit hard by the storm.

One of those communities was the United Houma Nation, which is recognized by the state but not the federal government, and has about 19,000 members spread out over six southern parishes, with tribal offices in Golden Meadow, Louisiana.

Monique Verdin is a documentary filmmaker and member of the Houma Nation who evacuated to Florida before the storm. She spent Tuesday coordinating relief efforts and gathering supplies for the expected long recovery. “One thing that is quite clear is that they’re going to be out of power for close to a month, and maybe longer,” she said “It’s a big mess and they need everything, so we’re going to bring water and mold-cleaning supplies and tools to tear out walls.”

While Louisiana’s Native communities share many of the same obstacles as surrounding towns when it comes to hurricane recovery, Indigenous residents often feel overlooked because of the lack of media representation. A post-Katrina study found that few people were aware that Native Americans still lived in Louisiana.

Along with the increasing threat of coastal erosion, Verdin is concerned that the storm may have caused chemical spills at one of the many petrochemical facilities in the area. A series of spills was triggered by Hurricane Katrina in 2005, resulting in several million gallons of oil seeping into waterways throughout the region.

“People came home to a flood line that was 8-feet high in their house, and then they would have a three-foot-high oil line where the oil seeped out into the community after the storm,” she said.

If you are interested in Disasters, please see these relevant events, training, conferences or volunteering opportunities the Giving Compass team recommends.

If you are interested in Disasters, please see these relevant Issue Funds, Charitable Organizations or Projects where you can get involved.