Reducing Methane is Good for Climate, Health and Can Pay for Itself – Yet Emissions Are Still Rising Fast, a New UN Report Warns 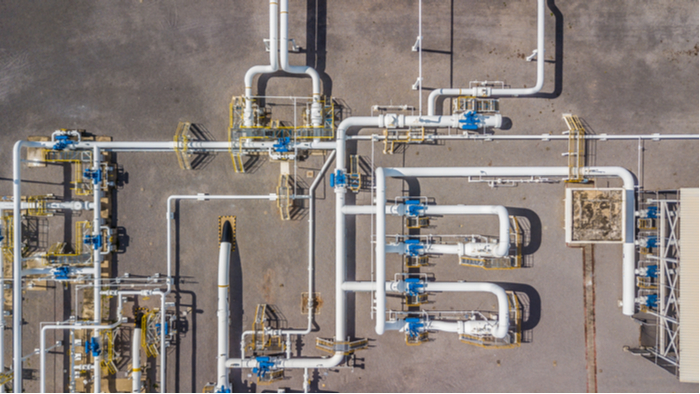 • Drew Shindell unpacks the central findings of a new UN report on the impacts of methane emissions and the benefits of curbing those emissions.

• What role can you play in reducing demand for natural gas to reduce methane emissions?

Methane, the main ingredient in natural gas, is a larger climate problem than the world anticipates, and cutting its emissions will be crucial to slow global warming, a new United Nations report warns. The greenhouse gas is many times more powerful than carbon dioxide at warming the planet, and its concentration in the atmosphere is increasing faster than at any time since record keeping began in the 1980s.

Methane is much more than a climate problem, though, and this is where the report gets interesting. As methane emissions are reduced, the world reaps several benefits quickly, for health as well as the climate. In most cases, the benefits of taking action far outweigh the cost – in fact many of them make money.

The report’s lead author Drew Shindell, a climate scientist and physicist, explained the findings and the urgency.

What are the most important lessons from the methane report?

The top takeaway is that methane is going up very quickly, and it needs to drop by nearly half by 2030 to keep global warming under 1.5 degrees Celsius (2.7 F) if we hope to stay on the lowest-cost path. That means we have a rapid U-turn to make.

The good news is that we have a lot to gain by cutting these emissions.

Methane is a potent greenhouse gas, but it’s also a precursor of surface ozone, which is a toxic air pollutant. So, reducing methane improves the quality of the air we breathe at the same time that it reduces climate change, and the results are almost immediate.

A lot of steps to reduce methane also save money, because methane is intrinsically valuable. If you capture methane from a landfill, you have a source of income right there. Capture it from leaking pipelines, and it pays for itself, because that’s the whole point of these pipelines – they transport methane as natural gas.

With the technology already available today, the world could cut methane emissions from fossil fuels, agriculture and rotting waste by 45% within a decade. That would avoid 0.3 degrees Celsius (0.5 F) of warming, which might not sound like much, but it’s one-fifth of the Paris climate agreement budget of 1.5 C.

So, you get climate benefits, you get public health benefits and it’s also a financial win for the companies capturing the methane.

It’s not like this is rocket science. A large part of the methane being released is from natural gas pipelines and storage, oil and gas pumping and landfills – and those are all problems we know how to fix.

How does cutting methane improve health?

Both methane and ozone are also greenhouse gases that cause warming, which creates more health risks, particularly through heat exposure.

We looked at medical research and modeling, and used that to figure out what’s at stake. We found that for every million tons of methane emitted, about 1,430 people die prematurely, there are about 4,000 asthma-related emergencies and 300 million work hours are lost to the health effects. To put that into context, around 370 million tons of methane are released annually due to human activities.

If you reduce methane emissions in 2022, you’ll see the ozone response in 2022, whereas you have to wait to see the climate effects until the climate system adjusts over at least a decade.

We know global emissions are going up. That’s easy to measure by chemical sampling of the air, and satellites can monitor large methane sources. But which sources are most responsible is a tougher question.

Global methane emissions were fairly level about 15 to 20 years ago, and then they started creeping up. Now, especially over the past five years or so, they’ve been rising at a fast rate.

Some studies point to the rise of hydraulic fracturing, which quickly expanded gas production and roughly parallels the recent methane increase. Others say livestock and the increasing global demand for meat played a big role. Some point to natural sources – particularly wetlands in the tropics responding to climate change.

The most likely scenario is that it’s a combination of all three.

The bottom line is that the overall methane emissions have to be lowered to slow climate change. If the increase is coming from fossil fuel or waste or livestock, then we need to go after the human sources. If it’s coming from natural systems that are responding to climate change, we still have to go after those human sources of methane. Cutting methane emissions is the strongest leverage we have to slow those feedbacks down.

If cutting methane pays for itself, and the technology exists, why isn’t more being done?

The oil and gas industry itself is divided on methane. Many of the big companies supported the U.S. methane emissions rules that were set by the Obama administration – and later rolled back by the Trump administration – because they know capturing methane pays for itself. It’s not an onerous economic burden on them, and supporting it can improve the image of the industry.

For small operators, however, the upfront costs of equipment and the need to hire labor to inspect the pipelines may be harder.

For example, if a company is going to repair a pipeline, it can close off a section, bring in a compressor, and pump all of the excess gas farther down the line before starting to work on it. Doing that requires getting a compressor and having the trucks to move it and the staff to maintain it. A lot of studies have found that these investments pay for themselves in a few years because of the value of the methane saved. But many small operators find it simpler and less costly for themselves to just vent the gas into the atmosphere when they want to work on the pipe.

There’s a similar problem with landfills and waste. As organic matter like food waste decomposes, it releases methane. Many landfills in developed countries already capture some of that methane gas. But many developing countries don’t have managed landfills or even trash pickup, making it impossible to capture the biogas.

The report lists a few recommendations, in addition to technical solutions, that can be used for landfills everywhere, including better waste sorting so organic material is kept out of landfills and used for compost instead, and reducing food waste overall.

Agriculture also has some straightforward solutions. Eating a healthy diet that, for many people, means cutting out excess red meat would go a long way in reducing the amount of livestock being produced for slaughter. Encouraging changes in food consumption can be politically dicey, but this is a huge emissions source. We’re not going to keep warming under 1.5 C without dealing with it.

What does this mean for natural gas as an energy source?

The report shows why adding more natural gas is incompatible with keeping warming to less than 1.5 C.

The only way to keep using natural gas far into the future is to pull carbon out of the air. That’s a huge risk, because it assumes we’ll make up for today’s harms later. If that technology turns out to be too expensive or not socially acceptable, or it simply doesn’t work the way we think it will, we can’t go back in time and fix the mess.

As the report explains, the world will have to stop building more fossil fuel infrastructure. The better route is to be responsible now and take care of the climate rather than counting on cleaning up the mess later.