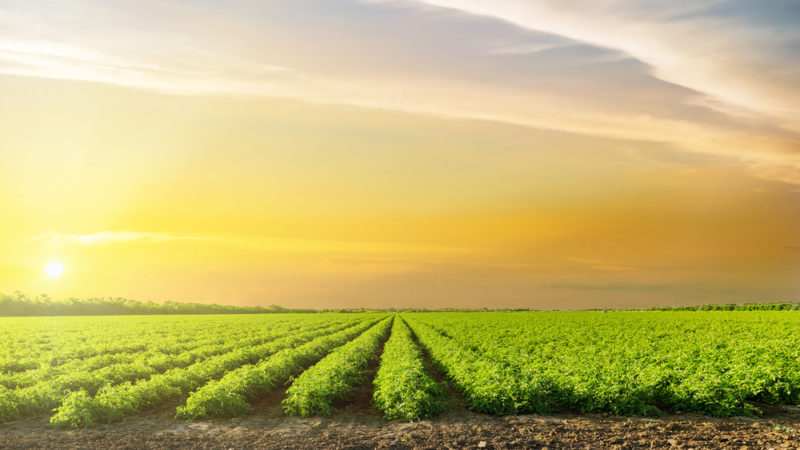 · Adele Peters explores why companies like Stonyfield, Danone, and Annie’s are turning towards regenerative agriculture to reduce carbon emissions.

· How can you support organizations that are taking steps to make less of an impact on our climate?

· Read more about regenerative agriculture and how it empowers farmers.

In the rolling hills along a rural stretch of the California coastline south of San Francisco, researchers plunged small probes into the soil last year, took samples, and sent them to a lab to measure the carbon stored in the dirt. Three years earlier, they’d done the same thing. Over time, they found, the amount of carbon in the soil had grown. The hypothesis: A herd of cattle grazing on the land may be fighting climate change by helping sequester extra carbon from the air into the ground.

Is it possible for a burger to be carbon-neutral? It’s well known that cattle—and by extension, beef and milk and cheese and ice cream—have a large carbon footprint. A 2018 study found that Americans need to eat 90% less beef and 60% less milk to keep global warming under 2 degrees Celsius. But another recent study suggests that if farmers manage grazing using specific techniques called regenerative agriculture, the final stage of beef production could actually sequester more carbon than it produces.

Regenerative agriculture practices could store carbon on farms growing other crops, and if it happened across the industry, some experts predict that the impact could be substantial. If the quantity of carbon in soils on farms increases 0.4% each year, says the European “4 Per 1000” initiative, it could offset the 4.3 billion tons of CO2 emissions that humans pump into the atmosphere annually. Another study from the National Academy of Sciences put the figure at 3 billion tons.

Read the full article about regenerative agriculture by Adele Peters at Fast Company.