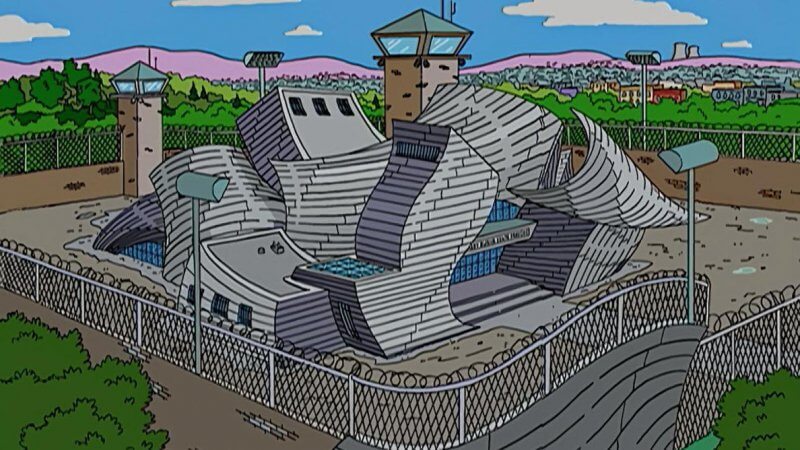 “I’ve personally spent only one night in jail,” Frank Gehry confessed. “I didn’t like it very much.” Gehry, 88, who has been described as our greatest living architect, said he got his only taste of incarceration when he was busted for possession many years ago. Recently, in New Haven, that night behind bars was a kind of credential. An invited audience of architects and students, corrections officials and campaigners for criminal justice reform assembled at the Yale School of Architecture for the finale of Gehry’s semester-long “studio” on architecture and mass incarceration. A dozen students would present their projects — designs for a humane prison — to a jury consisting mostly of Friends of Frank.

The premise of the assignment was that only the most dangerous offenders will need to be confined if American prison populations are reduced to the levels in other developed countries, and even those incarcerated for violent crimes should be equipped with the skills and social discipline to rejoin society.

During the semester, Gehry accompanied the class to prisons in Norway and Finland, where sentences for even the most heinous crimes rarely exceed 15 years and where prisons resemble college dormitories. Susan Burton, an activist who was in and out of jails as a young woman and now helps women released from prison find their feet, brought in parolees to educate the class about the grim reality of incarceration in America.

Read the full article about Frank Gehry reimagining prison by Bill Keller at The Marshall Project.

Learning and benchmarking are key steps towards becoming an impact giver. If you are interested in giving with impact on Arts and Culture take a look at these selections from Giving Compass.

Arts and Culture is an important topic. Other members found these Giving Funds, Charitable Organizations and Projects aggregated by Giving Compass to be relevant to individuals with a passion for Arts and Culture.