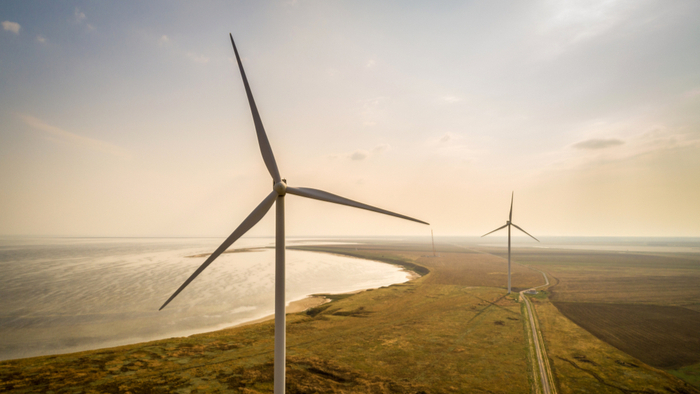 • How can funders invest in projects like this one to improve existing models?

• Learn about growth in battery-based storage systems and solar power.

Researchers at the National Renewable Energy Lab (NREL) in Golden, Colorado, are trying to ramp-up clean energy in the U.S. resource mix by developing innovative technology solutions to tricky problems and passing them on to industry.

Electricity from renewable sources has more than doubled since 2010 to almost 25% of Colorado’s net generation in 2017, led by increased wind power from the state’s nearly 2,000 turbines, the U.S. Energy Information Administration reported. However, more than half of Colorado’s electricity comes from coal-fired power plants, and annual coal production in the state increased for the first time in six years in 2017.

NREL researchers demonstrated a virtual reality analysis of wind speed and flow data gleaned from Eagle, the world’s largest supercomputer dedicated to energy efficiency and renewable energy, according to the organization. NREL wind energy researchers contributed to a journal article published in Science on Oct. 10 that identified three key challenges for the wind energy sector: improved understanding of the resource and its flow in the atmosphere where wind plants operate; addressing the structural and system dynamics of the largest rotating machines in the world; and designing and operating wind power plants to support grid reliability.

“We are learning, in a much better way right now, how to build wind farms,” Keller said.

“We are learning through high-performance computing, modeling and simulation how a wind turbine affects efficiency of a downstream wind turbine. If you’re on a lake and you’re driving a boat, you’re creating a wake. The same is happening in the atmosphere … you create some turbulence and this turbulence impacts the downstream wind turbines. We had this problem in the wind parks … some of them lost efficiency. There will be stress on the system, which breaks the gear boxes. You can steer the wake away from downstream turbines.”