Results From This Year’s Technovation Challenge 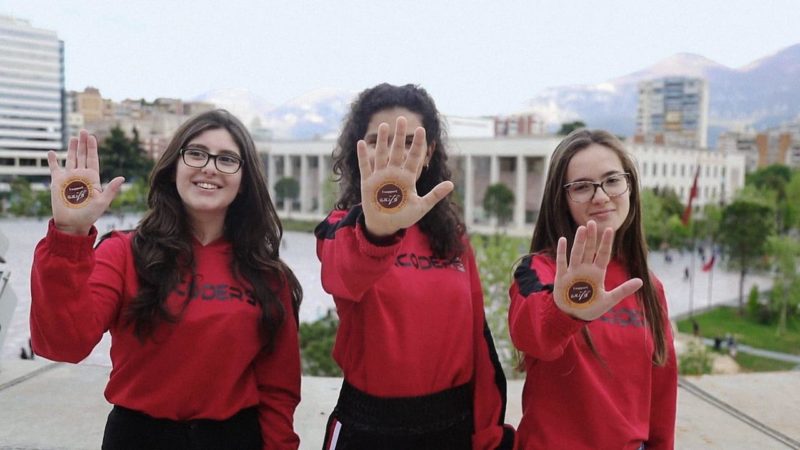 · Fast Company reports on the innovative tech solutions young females have made at this year’s challenge for Technovation, ranging from an app for victims of domestic violence in Albania to funding education supplies in Nigeria.

· How can donors support further research and development of apps for social good? How does this challenge get young women involved in solving local issues?

· Here are a few ways to invest in nonprofit tech for good.

Women suffering domestic violence in Albania may soon be able to access an app that allows them to find legal, psychological, and medical resources—and can immediately connect them to an emergency hotline in times of crisis. The app, called GjejZâ, also features a daily educational program that dispels common myths about victimization, offers meditation and breathing exercises to reduce stress, and shares empowering success stories from people who’ve left abusive relationships behind.

It’s a pretty big lift for one app to make. But in Albania, an estimated 50% of women suffer abuse and often don’t report it for nearly a decade. The developers behind GjejZâ spotted the problem because they live there.

The team behind the app, D3c0ders, is a group of three high school-age girls. They just won the senior division of the 10th annual Technovation Challenge, a 12-week program that encourages young women from around the world to learn to code and build a mobile app that fixes some problem in their own community. The teams with the best ideas and execution get flown to Silicon Valley to pitch their idea in front of a judging panel of tech funders, researchers, and top executives.

Roughly 7,200 girls from more than 57 countries participated this year, and the winner of the senior division received $15,000 to continue their work and education. Girls between the ages of 10 and 18 are eligible to form teams and apply. A total purse of $50,000 was spread among top finishers in the senior, junior, and fan-favorite division.

Read the full article about this year’s Technovation Challenge by Ben Paynter at Fast Company.

If you are interested in Inspiring Stories, please see these relevant events, training, conferences or volunteering opportunities the Giving Compass team recommends.

If you are interested in Inspiring Stories, please see these relevant Issue Funds, Charitable Organizations or Projects where you can get involved.