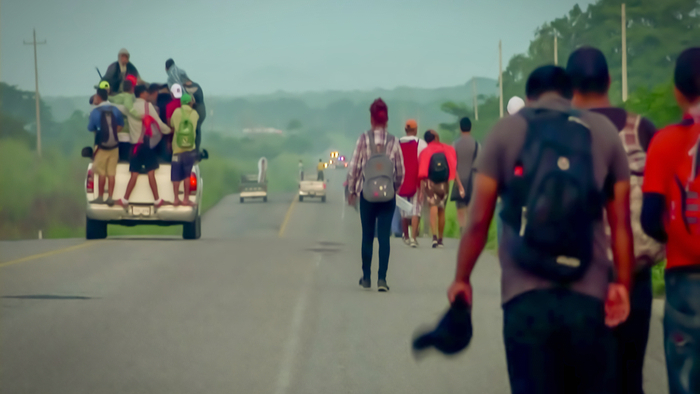 • At Eco-Business, Paul Brown reports on how extreme weather and rising temperatures trigger migration on an exponentially increasing scale.

•What can you do to support conservation efforts and mitigate the impact of rising temperatures?

• Learn about one effort to adapt our food systems to globally increasing temperatures.

An analysis of environment and migration, published in Nature Climate Change, of 30 studies of individual countries across the world shows that there is no one single factor that drives migration.

But most research has found that environmental hazards have a major influence. Rising temperature levels, changes in rainfall and single sudden events like hurricanes are all triggers.

The analysis, by the International Institute for Applied Systems Analysis (IIASA) in Austria and research partners across Europe, was undertaken to try to inform policy makers about how to avert mass human migration.

It points out that two of the most high-profile mass migration episodes in recent times – the Syrian refugee crisis in 2015 and the “migrant caravan” from Central America to the United States in 2018 – have been partly attributed to severe droughts in the countries concerned.

Perhaps surprisingly, given the publicity surrounding the issue, migrations were not centred on poor people trying to enter rich nations in Europe or North America. Instead, most movements were from the countryside to urban areas in the same country, particularly in agriculturally dependent countries, or from one middle-income country to another.

People with particularly low incomes normally stayed where they were,  despite environmental pressures, because they had no way of financing a move, while richer people had the means to adapt to new circumstances and so they also stayed put.

“The best way to protect those affected is to stabilise the global climate by rapidly reducing greenhouse gas emissions from burning fossil fuels as well as simultaneously to enhance adaptive capacity, such as through improving human capital,” says Jesus Crespo Cuaresma, a researcher with the IIASA World Population Program and professor of economics at the Vienna University of Economics and Business.

Read the full article about how rising temperatures trigger migration by Paul Brown at Eco-Business.