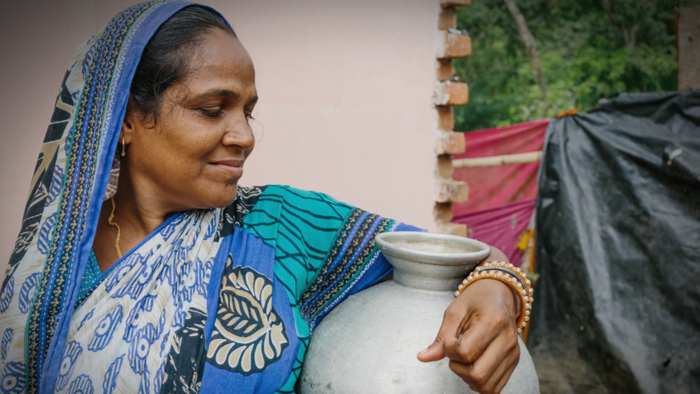 Success is defined by the attainment of achieving one’s own goals, one’s purpose. We define success by connecting people in need to their own safe water and sanitation solutions; empowering them to move on from their daily water crisis and into the bright futures that await them in which they achieve their goals and realize their purpose.

Today there are 844 million people in the world who lack access to safe water and 2.3 billion people who lack access to sanitation. Without these basic resources, there are billions of people unable to reach their goals, to work toward their dreams, or to look past their daily struggles. And, there’s a significant gap in the amount of aid money needed to empower these billions with the resources they need to overcome their water crisis.

In 2018, the United Nations concluded the world is not on track to reach Sustainable Development Goal 6 (SDG 6), a global goal that calls for clean water and sanitation for all by 2030. The annual financing gap to achieve this goal stands at $89.6 billion. The World Bank estimates $114 billion a year is needed to achieve safely managed water and sanitation and meet the SDG 6 targets. And those are only the costs for constructing new infrastructure, not the costs of operating and maintaining infrastructure over time. Donor funds that catalyze private investment are critical to filling this gap.

Through decades of research and experience, we found that people living in poverty already pay up to 20% of their income to give their families temporary water solutions. And when they aren’t paying with money, they pay in terms of time and health – walking long distances to find and carry heavy vessels of potentially unsafe water.

If given the choice and opportunity to finance a lasting water or sanitation solution, millions are willing and able to take a small, affordable loan for water connections and toilets. They do this knowing it will save them money and help create a path out of poverty. Tapping into this demand for long-term, affordable access to safe water and sanitation, we serve those who can participate financially in the solution. This is a solution to closing the financing gap.

Financing for water and toilets is proven, powerful, and scaling – evidenced by the fact that a few years ago, Water.org reached one million people in a year. Now, we can reach that many in a matter of months.

Today more than 21 million people around the world can turn on a tap and safely use a toilet because small, affordable loans empowered them to fund their own solution. We’ve helped mobilize capital into the sector, breaking down financial barriers between people in need and access to two of life’s most important resources. Our partners in the countries where we work expand access to these small, affordable loans for water and sanitation. To date we’ve dispersed $30 million to our partners to help them develop, pilot, and roll out lending portfolios. The result–through our partners, we’ve enabled more than $1.8 billion in loan capital to empower those 21 million people with the funds needed to connect their families to safe water and a safe place to relieve themselves.

It takes all of us, working together to empower the billions in need to move on from their daily water crisis and into the bright futures that await them. Learn more about how you can help drive awareness of the global water crisis at Water.org. Together with you, our partners, and the people we serve, we can turn poverty into possibility and bring safe water and sanitation to all.

Funding is a fascinating topic, and others found these events, galas, conferences and volunteering opportunities aggregated by Giving Compass to be relevant for individuals with a passion for Funding.

If you are looking for opportunities to take action and give money to Funding, here are some Giving Funds, Charitable Organizations and Projects aggregated by Giving Compass where you can take immediate action.