Shifting to an Asset-Based Funding Framework for Refugee Crises 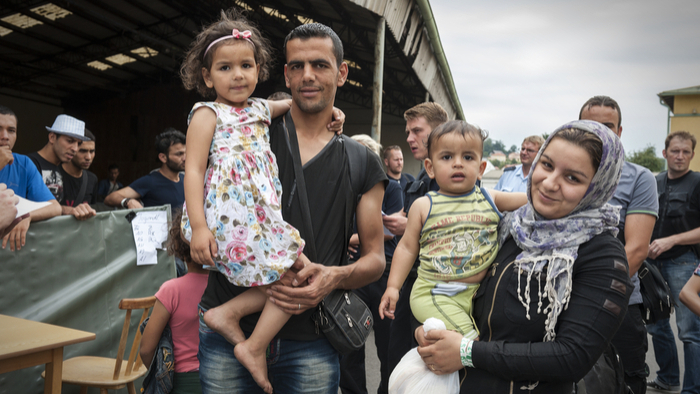 • Christine Mendonca and Negar Tayyar explain why funders need to shift to an asset-based framework to make an impact on refugee crises.

• How can funders shift away from a deficit-based funding framework? How does the narrative around refugees impact the amount and type of help they receive?

• Find out how refugees are powering a grassroots aid movement.

What is frequently described as a “refugee crisis” is more a crisis in response. Current response frameworks and mechanisms are outdated and are not equipped to manage the complexities of global forced displacement at this scale. These systems often ignore the broad range of needs of people who are forcibly displaced, as well as the needs of local communities where they live.

Take grantmaking, for example. There are two frameworks for funding: asset-based and deficit-based. Deficit-based funding emphasizes what impacted communities lack and looks at ways to apply resources, including monetary resources, to address those gaps. By contrast, an asset-based framework recognizes and builds on the resources each stakeholder brings to the table.

Deficit-based framing prevents us from seeing and acknowledging the resiliency and capacities of people on the move. These are people who have life experience, talents and skills they can bring to bear to address the complex challenges of forced displacement. An asset-based framework approaches them as a potential source of value, part of creating a solution, rather than a burden.

Read the full article about an asset-based funding framework by Christine Mendonca and Negar Tayyar at News Deeply.

Learning with others and benchmarking are key steps towards becoming an impact giver. If you are interested in giving with impact for Immigrants and Refugees, take a look at these events, galas, conferences and volunteering opportunities to connect with individuals like you.

If you are looking for opportunities to take action and give money to Immigrants and Refugees, here are some Giving Funds, Charitable Organizations and Projects aggregated by Giving Compass where you can take immediate action.