Snails’ Overlooked Role in the Decline of Corals 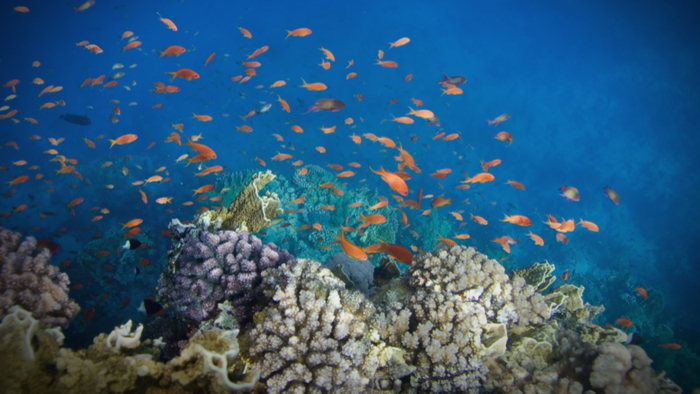 • Marine researchers are worried about snails’ roles in preying on coral reefs. Scientists are finding that they can help reduce the snail population by limiting overfishing.

• How can philanthropists do more to collaborate with scientists on providing aid to marine life while battling climate change?

• Read about what you can do as a donor to fund the ocean.

Research is showing that scientists may be underestimating the role of much tinier predators – marine snails – on coral reef health.

If that’s true, though, it might be good news because it also means that controlling snail populations – and increasing populations of fish that eat snails – is one more way to boost the local health of coral ecosystems and help them survive climate change.

As reported in a study published last week in the journal “Ecological Applications,” one snail species, Coralliophila violacea, previously thought to be a “prudent” predator of corals – i.e. the snail’s appetite wasn’t enough to do much damage – turned out to be causing more havoc than anyone thought.

Coral researcher Mark Hay and a colleague, both at the Georgia Institute of Technology, studied these snails in Fiji as they preyed on a species of coral that is thought to be especially resilient to climate change and other stresses. Instead of being relatively benign, though, the snails were a bit like vampires, Hay said, or maybe like ticks.

Some predatory snails move around and chomp up corals, leaving visible scars and bites in their wake. But these snails were more subtle, attaching in one place and continuously sucked up the fluids in the coral polyps, which is why scientists have largely missed the harm they did. By conducting an experiment on corals with and without the snails attached, the researchers estimated that their presence reduced coral growth by a substantial amount: about 20 percent to 40 percent.

“Without the fish there to eat these [snails] when they’re little and keep them from building up on the coral, it makes it harder and harder for even the toughest coral,” Hay said. “We know that overfishing takes too many fish. We don’t adequately understand the indirect consequences.”