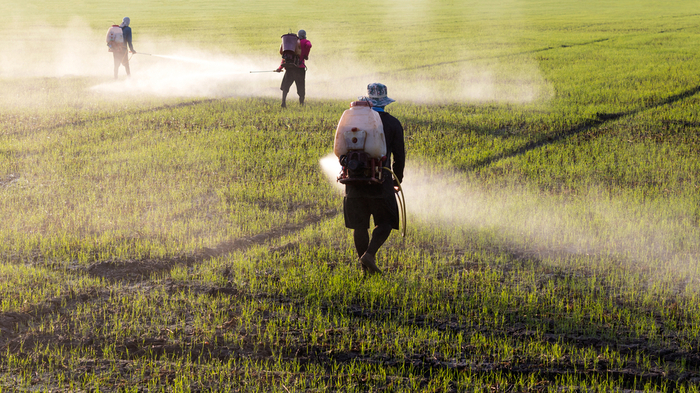 • Francesca DiGiorgio at Food Tank writes about a student-led organization HFC (Herbicide-Free Campus), who works to get rid of synthetic herbicides from schools across the country.

• How can funders effectively support the work that this group, and others who are impacted by herbicides?

• Read about the benefits of biodynamics for agricultural farmers.

In response to thousands of claims that its weedkiller Roundup causes cancer, the multinational corporation Bayer announced a new legal settlement. But according to student-led organization Herbicide-Free Campus (HFC), Bayer’s proposal falls short.

Founded by undergraduates at UC Berkeley, HFC works to eliminate synthetic herbicides from schools across America. By driving the transition to organic land management, HFC aims to establish safer working and learning conditions for all.

Bayer intends to pay US$10 billion in reparations to those who claim Roundup caused their health problems. But the company does not assume “liability or wrongdoing” and will continue selling its product, according to a recent press release from Bayer.

HFC released a statement calling attention to Bayer’s new settlement. According to HFC, the settlement is “a band-aid solution that fails to address the dire need for…increased regulation” of synthetic herbicides. To protect public health, HFC recommends a nationwide ban on Roundup and other synthetic herbicides.

“It is crucial to give consumers full transparency about the toxicity of the products they utilize so they can take action to protect themselves,” says Mackenzie Feldman, Founder and Executive Director of HFC.