Study Shows Where Gaps Are for STEM Achievement 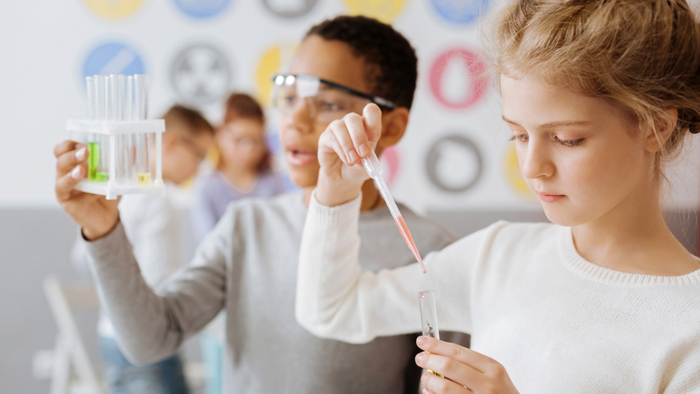 • The firm, STEMconnector, shares research that shows why many students will not go into STEM careers even if they are qualified for them.

• How can funders work to close this gap, especially for disadvantaged and marginalized students?

• Read about how to combat the gender gap within the STEM field.

To address the shortfall of tech and science workers in the U.S., employers and educators should broaden their definition of who can excel in those fields — extending it to liberal arts majors and students who get mediocre grades in math and science, according to a new study.

“Some students believe if they get a C in algebra then they can never pursue STEM, that STEM is only for the smartest of the smart,” said Erin White, author of the State of STEM study, which was released last month. “But the reality is, the pace of change in the workplace is so extreme that we don’t even know what the jobs or technology of tomorrow will be. The most important skills in the workplace will be flexibility, critical thinking, communication, the ability to adapt quickly to change. … We need to start thinking differently about the definition of STEM and what a STEM professional is.”

The study was conducted by STEMconnector, a Washington D.C. firm that researches science, math, technology and engineering education and jobs.

“I think people don’t realize that failure is a big part of science and engineering. That’s how you learn,” she said. “Sometimes you have to fail to move forward.”

Almost 2.5 million science, math, technology and engineering jobs will go unfilled in the U.S. in 2018, according to data gathered by the Smithsonian Institution’s Science Education Center and cited in the study.

The study identified five reasons for the shortfall, which it labeled a “talent gap”:

Read the full article about talent gaps in STEM learning by Carolyn Jones at EdSource.

Quality Employment is a complex topic, and others found these selections from the Impact Giving archive from Giving Compass to be good resources.

If you are interested in Quality Employment, please see these relevant Issue Funds, Charitable Organizations or Projects where you can get involved.