The Common Roots of Climate Change and Colonialism 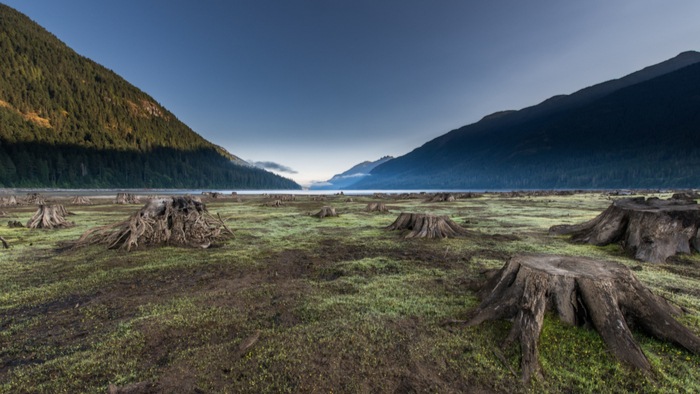 Elizabeth Yeampierre has been an important voice on these issues for more than two decades. As co-chair of the Climate Justice Alliance, she leads a coalition of more than 70 organizations focused on addressing racial and economic inequities together with climate change. In an interview with Yale Environment 360, Yeampierre draws a direct line from slavery and the rapacious exploitation of natural resources to current issues of environmental justice.

Yale Environment 360: You’ve spoken about the big-picture idea that climate change and racial injustice share the same roots and have to be addressed together, and that there is no climate action that is not also about racial justice. Can you describe the links you see connecting these two issues?

Elizabeth Yeampierre: Climate change is the result of a legacy of extraction, of colonialism, of slavery. A lot of times when people talk about environmental justice they go back to the 1970s or ‘60s. But I think about the slave quarters. I think about people who got the worst food, the worst health care, the worst treatment, and then when freed, were given lands that were eventually surrounded by things like petrochemical industries. The idea of killing black people or indigenous people, all of that has a long, long history that is centered on capitalism and the extraction of our land and our labor in this country.

e360: Can you more explicitly draw the connection between climate change and the history of slavery and colonialism?

Yeampierre: With the arrival of slavery comes a repurposing of the land, chopping down of trees, disrupting water systems and other ecological systems that comes with supporting the effort to build a capitalist society and to provide resources for the privileged, using the bodies of black people to facilitate that.

The same thing in terms of the disruption and the stealing of indigenous land. There was a taking of land, not just for expansion, but to search for gold, to take down mountains and extract fossil fuels out of mountains. All of that is connected, and I don’t know how people don’t see the connection between the extraction and how black and indigenous people suffered as a result of that and continue to suffer, because all of those decisions were made along that historical continuum, all those decisions also came with Jim Crow. They came with literally doing everything necessary to control and squash black people from having any kind of power.

e360: With the pandemic and its racially disparate impact, and then the killing of George Floyd and the protests that have followed, we’re at this moment where these longstanding racial disparities and racism are on vivid display. What would you hope the climate movement and the environmental justice movement take away from this moment and apply going forward?

Yeampierre: I think that this is a moment for them to start thinking internally and thinking about some of the challenges that they’re having. I think it’s a moment for introspection and a moment to start thinking about how they contribute to a system that makes a police officer think it’s okay to put his knee on somebody’s neck and kill them, or a woman to call the police on an African-American man who was bird-watching in the park.

These institutions [environmental groups] have to get out of their silos and out of their dated thinking, and really need to look to organizations like the Climate Justice Alliance and Movement Generation and all of the organizations that we work with. There are so many people who have been working with each other now for years and have literally put out tons of information that there’s no need to reinvent the wheel. It’s all there. There has to be a fundamental change in the culture of these institutions.

Read the full interview about climate justice by Beth Gardiner at Yale E360.