The Growing, Essential Role of Feminism in Climate Activism 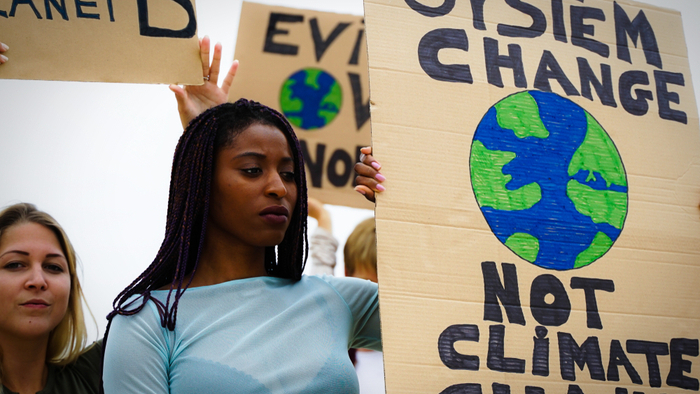 • Read more about the critical role of female leadership in energy conservation.

It’s no secret that the climate crisis will disproportionately disrupt the lives of women around the globe, especially women of color and those who live in the global south. Women make up a majority of the world’s impoverished population, and as the primary food growers and water collectors, they’re hardest hit by floods and droughts. They’re also less financially equipped to flee when natural disaster strikes — and vulnerable to gender-based violence.

Suffice it to say, patriarchy does a number on women and anyone resisting traditional gender roles and toxic masculinity, so as the world formulates its climate response, the voices of those most affected are often the least heard.

That’s beginning to change, and to amplify those marginalized and undervalued voices, writer-activists Ayana Elizabeth Johnson and Katharine K. Wilkinson pulled together a formidable roster of changemakers and asked them to pen essays, compose poems, and create art all about the pain and power of being feminists in the climate movement.

With essays by author Naomi Klein, Sunrise Movement cofounder Varshini Prakash, and Natural Resources Defense Council CEO Gina McCarthy, the anthology is a tribute to the fearless activists, journalists, conservationists, and others who are bringing forth what Johnson and Wilkinson call a “feminist climate renaissance,” rooted in the traditionally feminine qualities of compassion, connection, creativity, and collaboration.

“The feminine” is a spiritual and philosophical concept that transcends gender identity — but what does it really mean, and why is it crucial to the climate movement? To dive deeper, we talked to Johnson and Wilkinson, along with other Fixers, about how they define and embody femininity in their work, and what we can all do to bring more balance to climate activism and the world.

Read the full article about feminism in climate activism by Brianna Baker at Grist.