The Importance of a Just Transition 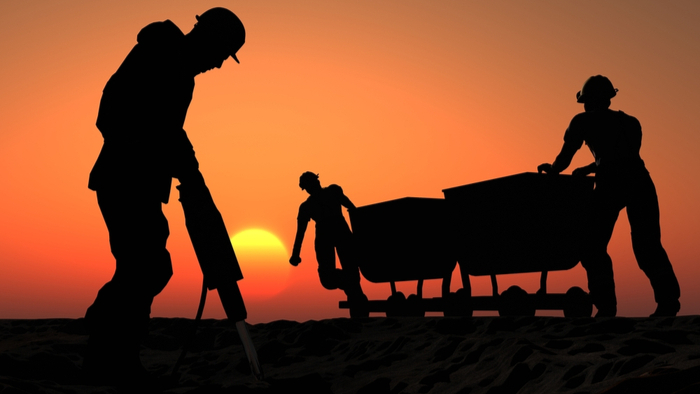 If emissions targets are to be met, coal has to go. From the Sierra Club’s Beyond Coal campaign to President Obama’s anti-coal policies, efforts to fight climate change often hinge on dismantling the industry. Even if there is sudden and rapid progress on carbon capture and storage (CCS), sometimes seen as coal’s lifeline technology, the industry looks set to to continue on its long-term downward trend as long as efforts to tackle warming continue to be scaled up.

But the human impact of this decline is often overlooked. Men and women who have spent their lives working in the fossil fuel industry may not have the skills to take part in emerging professions; these jobs may not be available in the same places that jobs were lost; and they will not necessarily materialise at the same time as workers find themselves out of work. The long-term slump in the US coal industry has led to unemployment, poverty and fragmented communities — and it is a pattern being repeated around the world.

In China, for instance, around 1.3 million people are set to lose their jobs, thanks to government plans to close thousands of coalmines in an attempt to address overcapacity and tackle climate change. And while coal is the obvious example, the impacts of climate change and policies will stretch across various sectors of the economy. A report by the Labor Network for Sustainability suggests that jobs in Maryland’s tourism industry in the US could be threatened by higher temperatures, and along with it the jobs that rely on the activities and revenue it brings. Healthcare workers could come under more pressure as air quality deteriorates and short term changes in temperature cause harm to the elderly and vulnerable.

As concerns grow that the livelihoods of miners and other labourers could be lost, the volume has been raised on calls for a “just transition” for workers. This is where old jobs in dying industries are replaced by new jobs that offer security and quality of life, while not compromising the health of the planet, with safety nets in place to minimise hardship in the meantime.

Arizona’s Navajo tribe is one example of a community already fighting for a just transition. This Native American group signed a lease in 1964 allowing Peabody Energy, America’s largest coal company, to mine for coal on reservation lands. Now, 50 years later, many are battling against the impacts of this deal.

When they signed the lease, the company agreed to “employ Navajo Indians when available in all positions for which…they are qualified”. Since then, Peabody has been a major employer of tribe members — 90% of the 430-person workforce of its Kayenta mine are native people.

Yet, while Peabody has provided jobs and money, poverty rates on the Navajo Nation Reservation are more than twice as high as the Arizona state average, and benefits have come at the expense of the local environment.

The Navajo tribe has seen their water sources dwindle as Peabody has used the reservation’s aquifer to turn coal into slurry and pump it down a pipeline. Coal plants surrounding the reservation have polluted the air, clouding the view of the nearby Grand Canyon and other national parks. It is also a source of CO2, the primary contributor of human-caused climate change.

One group, the Black Mesa Water Coalition, is trying to create economic opportunities that will help to release the community from its reliance on coal. For instance, they have tried to revive the traditional Navajo wool market, developing partnerships with wool buyers and organising an annual Wool Buy.

It has also started a solar project, which aims to install a series of 20MW to 200MW solar installations on abandoned coal mining land, transforming the reservation’s old role as an energy provider.

The idea has gone global. In Ghana, for instance, the government has developed a programme to plant more trees, simultaneously improving the landscape, providing jobs, and offering a diversified source of livelihoods for farmers. Peasant farmers and the rural unemployed were involved in planting species such as teak, eucalyptus, cassia and mahogany, generating 12,595 full-time jobs.

Read the full article about just transitions by Sophie Yeo at Carbon Brief.