The Importance of Taking Wildfire Precautions 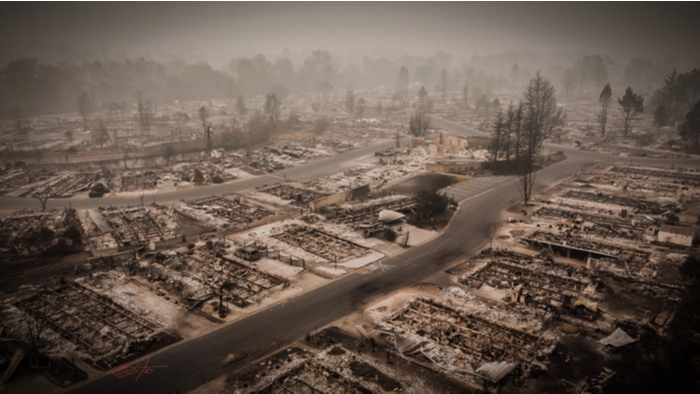 Warnings of another severe wildfire season abound, as do efforts to reduce the risk of ignition. Yet few people take precautions against wildfire smoke, experts say.

On the heels of the worst wildfire season in California history, an extended megadrought is priming the state for more destructive blazes in 2021. Given the severity of last year’s fires, many Bay Area communities are facing the imminent threat more proactively.

But while these programs address an urgent need to reduce the risk of ignition, few are ready for the toxic air that inevitably accompanies wildfires, according to Bruce Cain, professor of political science and the director of the Bill Lane Center for the American West at Stanford University.

“It’s startling how ill-prepared folks are for the smoke,” Cain says. “Ideology and education affect whether or not people take this problem seriously. We know how harmful and widespread exposure to wildfire smoke is, but while people see flames as this indisputable danger, we’ve found that the smoke does not significantly impact policy preferences.”

The health effects of wildfire smoke are well-documented in research by Kari Nadeau, director of Stanford’s Sean N. Parker Center for Allergy & Asthma Research, and Mary Prunicki, the center’s director of air pollution and health research.

In a March Stanford symposium on wildfire in the West, Nadeau described the 200-plus toxins that shroud the air during a wildfire, highlighting particulate matter and soot balls as main offenders.

But any of the products one normally finds under the kitchen sink—including Drano, dishwasher fluid, cleaning supplies, and soap—also contribute to the problem, Nadeau says. “This all gets up in the air—microplastics, volatile organic compounds, heavy metals, and any kind of nitrogen oxide species.” Once released, the toxins can easily enter the lungs, presenting a whole host of health concerns.

While the hazardous air quality is certainly cause for alarm, there are precautionary measures people can take to protect their health during wildfire season.

Here, experts talk about four key problems associated with wildfire smoke, and offer some practical tips about how to stay safe.

Read the full article about staying safe in wildfires from Futurity.

A good way to complement your interest in Clean Air is to connect with others. Check out these events, galas, conferences or volunteering opportunities related to Clean Air.

If you are interested in Clean Air, please see these relevant Issue Funds, Charitable Organizations or Projects where you can get involved.