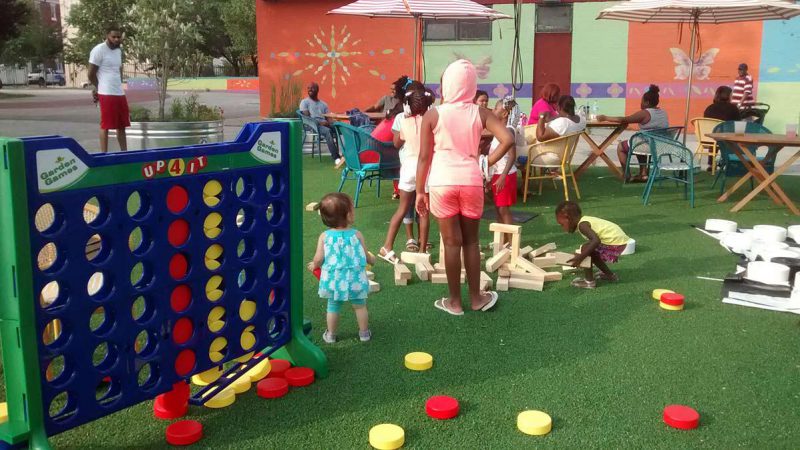 • Marc Gunther discusses the concept of bottom-up philanthropy, citing the example of The Knight Foundation’s Cities Challenge, an open-ended competition that distributes millions in grants.

• Could this be a model for other organizations? How is the nonprofit world going out on a limb, seeking new ideas and new perspectives? You don’t always need to a contest to do this.

• Read more about the power of non-traditional philanthropy here.

People like to say that “good ideas can come from anywhere.” They rarely act that way. Philanthropy is an “insider’s game,” the late Rick Cohen once wrote, and surveys have found that most foundations do not accept unsolicited proposals. This is understandable: Foundation executives don’t want to be swamped with lousy ideas, and they may prefer to be strategic about in their grant-making.

But still. In this political moment, when elites are quite rightly distrusted, can’t foundations find a way to open up to ideas that bubble up from below? Of course they can.

One prominent example: The Knight Foundation, which just announced 33 winners of the 2017 Knight Cities Challenge, who will share in about $5m in grants.

It’s the third time that Knight has run a Cities Challenge, an open-ended competition which grew out of similar approaches that the foundation took with a News Challenge, which sought ways to improve news and information, and an Arts Challenge, which funds the arts. Over the years, Knight has reviewed well over 35,000 applications.

These challenges had ripple effects, as Knight reported:

“Contests make up less than 20 percent of our grantmaking, but they changed how we work as a foundation and reshaped our traditional programs. They helped create a ‘safe zone’ for experimentation that has influenced other areas of our grant making. It’s challenged our routines and entrenched behaviors.”

Last week, I spoke with George Abbott, who, as director of community and national initiatives at the Knight Foundation, oversees the Knight Cities Challenge. Conventional philanthropy, he told me is “pretty much a relationship business,” built on existing ties between foundations and nonprofits. “The idea behind the challenge,” Abbott said, “was to be as radically open as possible.” This requires taking risks, and accepting failure.

Read the full article about bottom-up philanthropy by Marc Gunther at Nonprofit Chronicles.