The Messy Reality of Personalized Learning 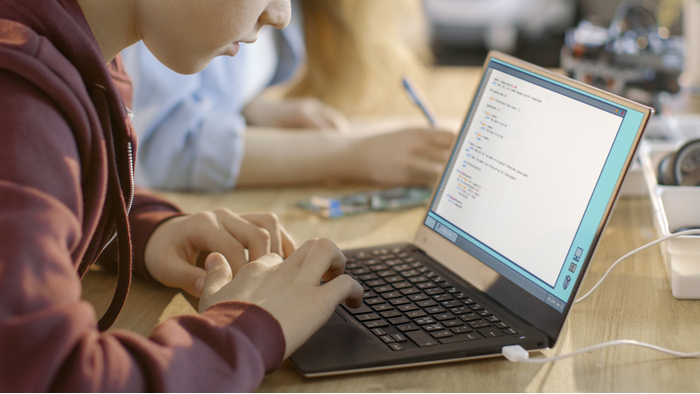 • In tiny Foster, Rhode Island, teachers use high-tech methods to teach a largely rural, off-the-grid population. Questions persist about the effectiveness of individualized instruction and personalized learning via laptop.

• Advocates of personalized learning say that the approach has been unfairly conflated with teacherless, online-only education. Where can we find the balance?

• On the opposite side of the spectrum, here’s a new approach to personalized learning.

PROVIDENCE, R.I. — Half an hour west of downtown Providence, Rhode Island, past potholed highways lined with maple, ash and pine trees, is the town of Foster, population 4,700. Its residents live on small farms and in aging, widely spaced homes; the closest grocery store is in Johnston, 20 miles away. Down Route 6, not far from the Shady Acres Restaurant and Dairy, is Captain Isaac Paine Elementary School. Kristen Danusis, a former school psychologist who became the principal in 2013, tells me that many of her students live “off the grid,” in households that earn little regular income.

Yet, inside Isaac Paine, tech abounds. Teachers project lesson plans onto interactive screens, and little hands reach for black Chromebook laptops, which are stacked like cafeteria trays in a large box called a Chromecart. In one class, Danusis introduces me to a lanky child in rain boots, who clicks through an online math program while chatting about a baby goat that’s being weaned in her backyard. In another room, children rotate through learning stations, sometimes at screens, sometimes putting pencils to paper. Kids work alone and in small groups; they sit at tiny desks and on beanbags and sofas scattered around the classroom. It looks unlike any school I ever attended. The ratio of children to Chromebooks, in grades three through five, is one to one.

Read the full article about the messy reality of personalized learning by E. Tammy Kim at The Hechinger Report.

If you are ready to take action and invest in causes for Ed System Reform, check out these Giving Funds, Charitable Organizations and Projects related to Ed System Reform.