The Potential of Rural Philanthropy During COVID-19 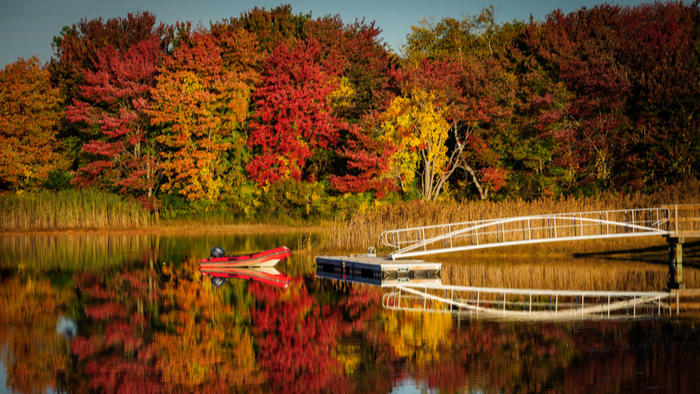 The Two Maines. This time-worn expression captures the state’s regional distinctions and diversity of economy, geography, and politics. The same is often said about the nation – there are two Americas, urban and rural.

Powerful stereotypes influence perceptions of, interactions with and, as a consequence, investments in rural America. In developing economic solutions for our country, it’s important to move beyond these stereotypes and recognize on-the-ground realities.

It is true that there are fewer people and there is less “built” infrastructure in rural America. Rural areas cover 97 percent of the nation’s land area but contain less than one in five people (about 60 million). Rural America is where natural resources are harvested and processed, where most of our clean water originates, and where we go for recreation. Rural residents are more likely to own their homes, live in their state of birth, and serve in the military than their urban counterparts.

In the face of the COVID-19 pandemic, we are witnessing the kind of resilience that rural places are known for. Take the nearly 1,000 small businesses we’ve provided financing support and business advice to over the last month that have been hit hard and are fighting to find a path forward. Right now, loan modifications and clear and accurate advice can make the difference between a business closing its doors and laying off its workers or hanging on through the crisis to recovery.

An important lesson from the Great Recession is that those who are most vulnerable can fall further behind. The assumption that the benefits of stimulus and recovery efforts will automatically “trickle down” to people with low incomes does not hold true. Without investment, we risk more protracted job loss, deepened poverty and ultimately, a less equitable country.

After the last recession, it took the nation almost five years to grow its employment base back to its pre-recession peak. It took Maine three more years to achieve that goal and most of those jobs were concentrated in greater Portland, the state’s most populous region. Moreover, it took a painfully long time for wages of front-line workers to begin to creep up and when they did, gains came as a result of the higher demand for labor buttressed by Maine’s increased minimum wage.

To date, 92 percent of small employers in the U.S. have been negatively impacted by the coronavirus outbreak; nearly 56 percent of Maine people work for small businesses. As a Community Development Financial Institution (CDFI), CEI works with business owners who typically borrow less than $250,000 and pay themselves less than $50,000 a year. Their companies are more likely to employ workers who lack resources beyond weekly paychecks to cover housing, business, or education loans.

Here are some ways that philanthropy can make a difference:

A good way to complement your interest in COVID-19 is to connect with others. Check out these events, galas, conferences or volunteering opportunities related to COVID-19.

In addition to learning and connecting with others, taking action is a key step towards becoming an impact giver. If you are interested in giving with impact for COVID-19 take a look at these Giving Funds, Charitable Organizations or Projects.