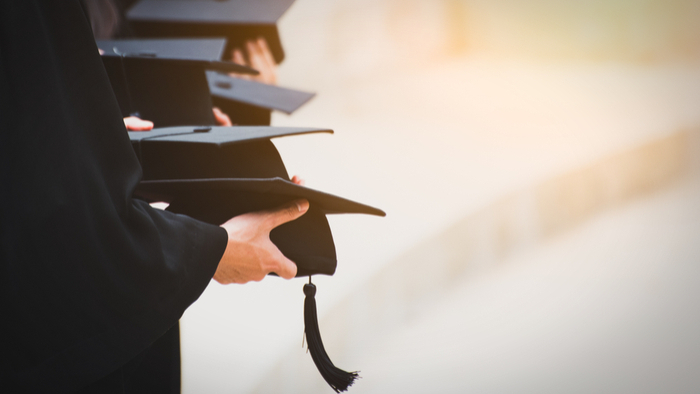 • In this excerpt from The B.A. Breakthrough: How Ending Diploma Disparities Can Change the Face of America, Richard Whitmire explores the problems contributing to the college completion crisis and how it is hurting America.

• How can funders work to increase college completion rates, particularly among low-income people?

• Learn about programs that are helping increase college completion.

America’s higher education problem is not a college enrollment problem. The percentage of students who head straight to college after high school has risen from 63 percent in 2000 to 70 percent in 2016, according to the Department of Education. What we have is a graduation problem, especially among low-income minority students: Just 11 percent of students from the lowest-income quartile earn bachelor’s degrees within six years (the commonly used indicator of college success), compared with 58 percent of students who come from the highest-income group, according to the Pell Institute.

The National Center for Education Statistics tracked a 2002 cohort of U.S. students, finding that only 14.6 percent of those whose families are in the lowest-income quartile earned bachelor’s degrees within 10 years, compared with 46 percent from the highest-income group.

The astonishingly low college success rates alarm many liberal-leaning groups, such as the Education Trust, but also worry conservatives, who note that the problem is not limited to low-income students. Rick Hess, director of education policy studies at the right-leaning American Enterprise Institute, led a team that examined the dilemma. Writes Hess: “In 2016, more than 40 percent of all students who started at a four-year college six years earlier had not earned a degree … This means that nearly two million students who begin college each year will drop out before earning a diploma … There are more than 600 four-year colleges where less than a third of students will graduate within six years of arriving on campus.”

But the issue is most acute among blacks and Hispanics, where the college enrollment rates keep rising but the success rates — those who actually walk away with four-year degrees — are barely better than flat. They drop out before earning degrees. The overall college graduation figures reveal the imbalance. Just 14 percent of black adults and 11 percent of Hispanic adults hold bachelor’s degrees, compared with 24 percent of whites.

Read the full article about America’s college completion crisis by Richard Whitmire at The 74.